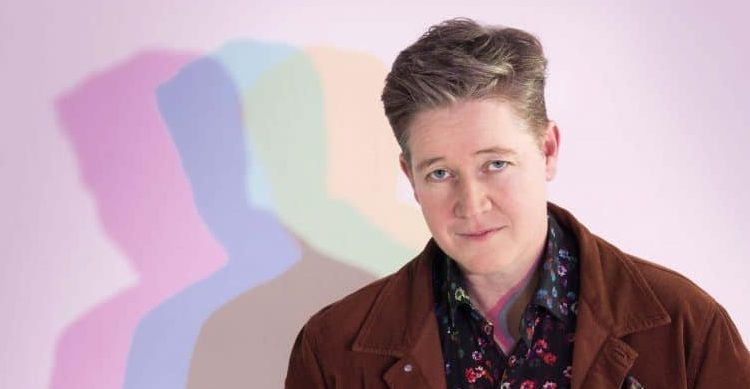 Hosted by – and including a performance by – Becky Johnson

Admission by Donation, reserve your ticket in advance

Physical distancing WILL be in place with limited capacity. Masks are mandatory upon entry until you are seated. Masks must be worn any time you leave your seat.

If online ticket ordering does not work for you, contact KIAC at 993 – 5005 or admin@kiac.ca

Print & Publishing Festival is a collaborative project of the Klondike Institute of Art & Culture and Dawson City Community Library presented in partnership with Parks Canada Klondike National Historic Sites with funding from Canada Council for the Arts.

Writer and performer Ivan Coyote has spent decades on the road, telling stories around the world. For years, Ivan has kept a file of the most special communications received from readers and audience members—letters, Facebook messages, emails, soggy handwritten notes tucked under the windshield wiper of their truck after a gig. Then came spring, 2020, and, like artists everywhere, Coyote was grounded by the pandemic, all their planned events cancelled. The energy of a live audience, a performer’s lifeblood, was suddenly gone. But with this loss came an opportunity for a different kind of connection. Those letters that had long piled up could finally begin to be answered. Care Of combines the most powerful of these letters with Ivan’s responses, creating a body of correspondence of startling intimacy, breathtaking beauty, and heartbreaking honesty and openness. Taken together, they become an affirming and joyous reflection on many of the themes central to Coyote’s celebrated work—compassion and empathy, family fragility, non-binary and trans identity, and the unending beauty of simply being alive, a giant love letter to the idea of human connection, and the power of truly listening to each other.

Yukon Riverside Arts Festival special guest Becky Johnson will host the evening and open up with a short performance! Becky Johnson is a veteran of the Canadian comedy scene currently based in Toronto. She is an alumna of the Toronto Second City Mainstage, has created and toured her own scripted and improvised shows internationally and has appeared in iconic Canadian plays including the European premiere of Daniel MacIvor’s A Beautiful View and the world premiere of Sheila Heti’s All Our Happy Days Are Stupid. Becky has been nominated for seven Canadian Comedy Awards and has won two. On screen, Becky can be found in Baroness Von Sketch Show (Frantic Films/IFC), What We Do In The Shadows (FX), Workin’ Moms (CBC), Gary and His Demons (Blue Ant/Look Mom), Odd Squad (PBS/Sinking Ship), The Beaverton (Comedy Network/Pier 21 Films), Space Riders: Division Earth (CTV Extend/Hulu), The Amazing Gayl Pile (CBC/LaRue Entertainment) and more. Becky just won her first Canadian Screen Award in 2020 for writing on Baroness Von Sketch Show and has also contributed to and Because News (CBC Radio One) and This Hour Has 22 Minutes (CBC). She is currently developing several scripted projects of her own.