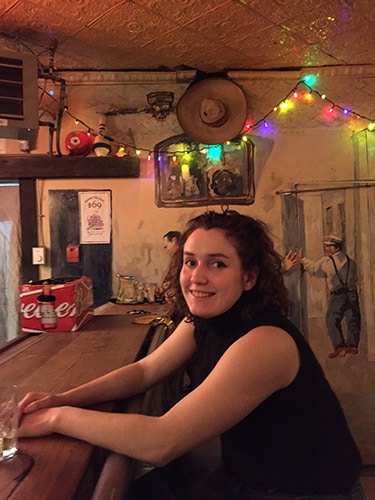 Rachel Rozanski is a Canadian artist whose interdisciplinary works explore biological, geological and material transformations appearing as we enter the Anthropocene.  She studied Visual Arts at Emily Carr, Capilano, and Langara Universities and is  currently completing an MFA at Ryerson University in Documentary Media. She has exhibited across Canada and internationally,  showing works that explore scientific concepts focusing on environmental timelines. Through ongoing projects in the Yukon, Northwest Territories, Nunavut and Iceland, she has collaborated with researchers and been inspired by the study of land change, pollutants and adaptations and extinctions.

Rachel is returning to Dawson to continue her project, PERMA, a multimedia exhibit concerned with land change in Northern Canada, with a specific focus on the ways permafrost and water are being altered in the Anthropocene. It follows land transformation through the conceptual exploration of human imagination as an ecological force, investigating permafrost thaw revealing millions of years-worth of history, exposing prehistoric materials previously preserved in ground ice, and the altered spaces left behind. The Klondike area has some of the world’s oldest permafrost, which Rachel will be making drawings and video from over March. 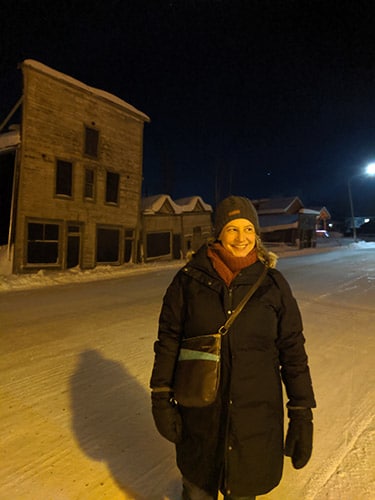 Sharron Mirsky is an independent director and animator based out of Montreal. She prefers to work directly under the camera, getting her hands dirty with a variety of drawing and painting media. Her main love is animated-documentary, along with other experiments in storytelling.
Recent and current themes she is exploring center around memory, especially investigations of memory and place, and how memory lives in the body.
During her 2-month residency at KIAC, Sharron will be developing a short animated film and projection installation called Fragments, supported by the Canada Council for the Arts, and based on the experimental writing of Kathleen Stewart. She will also be gathering interviews, stories, footage, photographs and sketches for an animated-portrait of Dawson City, inviting local residents to be her guides and collaborators.
She earned her BFA at Concordia University. Her films have screened at film and art festivals, and have received awards in Canada and abroad. She has also collaborated with the National Film Board of Canada, documentary filmmakers, independent film productions, and non-profits.
Share on Facebook Share
Share on TwitterTweet
Send email Mail
Print Print
X