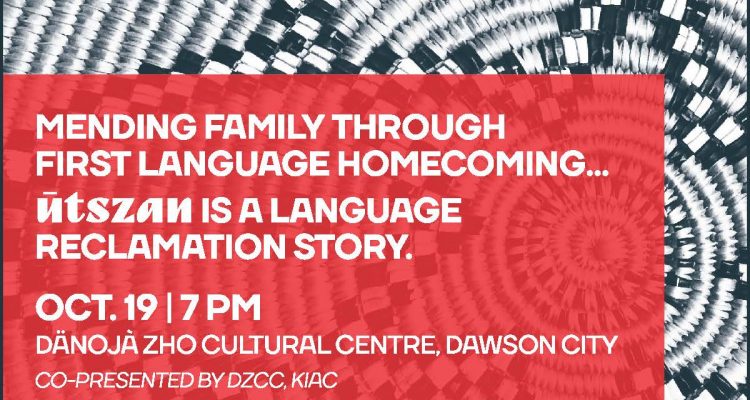 Tickets are $10 Regular Admission, $5 for Youth, Elder and Low-Income

Available at the door only

*The show is 75 minutes, followed by an optional Talkback*
**Recommended for people ages 12 and up**

Yvonne Wallace is Ucwalmicw from the Lilwat Nation, and a graduate from the Bachelor of Liberal Arts degree program at Capilano University. Her enthusiasm for playwriting began while she worked at The Centre for Indigenous Theatre. Later, she graduated with honours from Humber College Theatre Acting program. She has written three plays Smothered Sweetly, The Last Dance, and ūtszan, which premieres in Whistler, B.C. in September. She is currently writing 7 Misconceptions of a Half-Breed Mother, a tragicomedy about the public-school system.

With gratitude to our co-presenters Dänojà Zho Cultural Centre and Klondike Institute of Art & Culture (KIAC) and to our Season Partners:
Integraphics LTD
Air North
Render