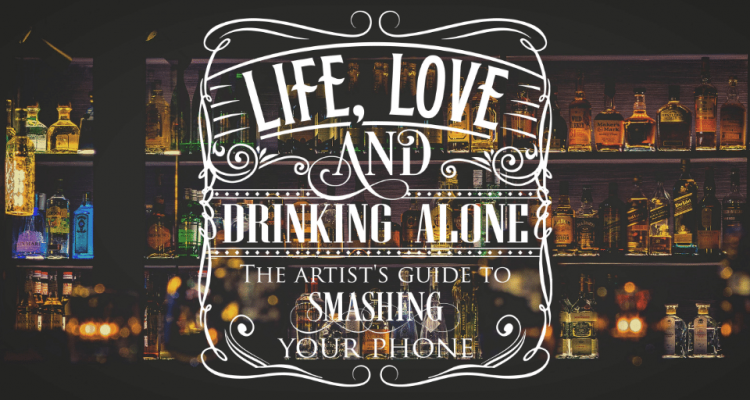 “Life, Love and Drinking Alone: the artist’s guide to smashing your phone”
An evening of Kurt Weill music amongst other things By Andrew Love & Against the Grain Theatre

In a dynamic new partnership with the Yukon Arts Centre, AtG reaches further north than ever before in “Life, Love and Drinking Alone: the artist’s guide to smashing your phone”

This November, Against the Grain Theatre’s Founder and Artistic Director Joel Ivany, Music Director Topher Mokrzewski and baritone Andrew Love (who we last loved as Marcello in AtG’s La bohème) travel to Whitehorse and Dawson City, Yukon. “The Yukon Arts Centre is thrilled to announce a new partnership with Against The Grain Theatre to bring its fiery, irreverent approach to opera to Canada’s North.” says Yukon Arts Centre’s CEO Casey Prescott.

This exciting new program will feature a staged Kurt Weill song recital titled “Life, Love and Drinking Alone: the artist’s guide to smashing your phone”. The plot centres around Sam who both celebrates and grieves at the end of a relationship. From bar to bar, drink to drink, lounge to floor to gutter, Sam tipsily ponders what went wrong. He facebook stalks, he falls down the infamous instagram rabbit hole, reminisces, and dismisses. All while maintaining his greatest relationship of all with his only true love… his smartphone.

Featuring musical selections that range from opera to musical theatre, pop to country to maybe even rap — with a special emphasis given to the brilliant music of Kurt Weill. The production is lead from the piano by Topher Mokrzewski, staged by Joel Ivany and sung by Andrew Love.

The tour will also include community workshops, talks and roundtables.