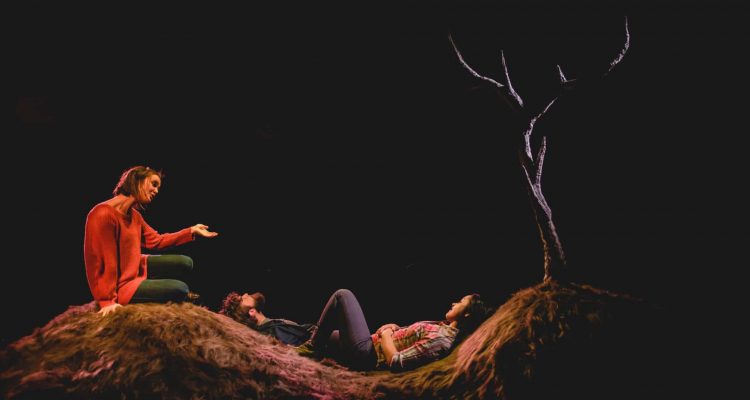 After three years of gathering interviews, transcribing, and editing, Open Pit Theatre and KIAC are bringing the play Busted Up: A Yukon Story to Dawson City.

Set right here in the Yukon, a plethora of real-life characters whose opinions and stories are as varied as their age and ethnic backgrounds reveal themselves: how they ended up in the territory, why they stayed, their beliefs, their roots and their fears.

Throughout the play, the juxtaposed voices of these people gather and evolve around the relationships between indigenous people and settlers, natural resource extractions, the growing immigrant population and the fast paced changes Canada’s north is experiencing.

The result is a powerful play full of humor, violence, absurdity, and tenderness.

What audience members said about Busted Up: A Yukon Story:
“…it simultaneously brought me to laughter and broke my heart.”

” The intersection of the characters’ stories combined to stitch a fabric that feels like the Yukon I live in and love, with all its complexities and contractions.”

This tour is made possible thanks to the support of Yukon Government’s ArtsFund and Culture Quest.