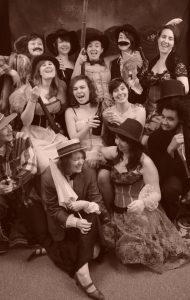 At 8:00pm the ODD Gallery component of the exhibition will open featuring works created as part of Instructor Charles Stankievech’s OVER THE WIRE project, a creative exchange between the students and an established artist, in this case American conceptual artist Lawrence Weiner. Also on display are site-specific works created with Instructor Jen Laliberte, which are presented in numerous window fronts in a number of Dawson heritage buildings.

The opening of the SOVA Student Exhibition will also serve as the launch for the catalogue of a previous OVER THE WIRE Project Anthropomorphic Mother with Toronto based artist Shary Boyle, including photographs, texts and a portion of the ashes from the burning of the original artworks.