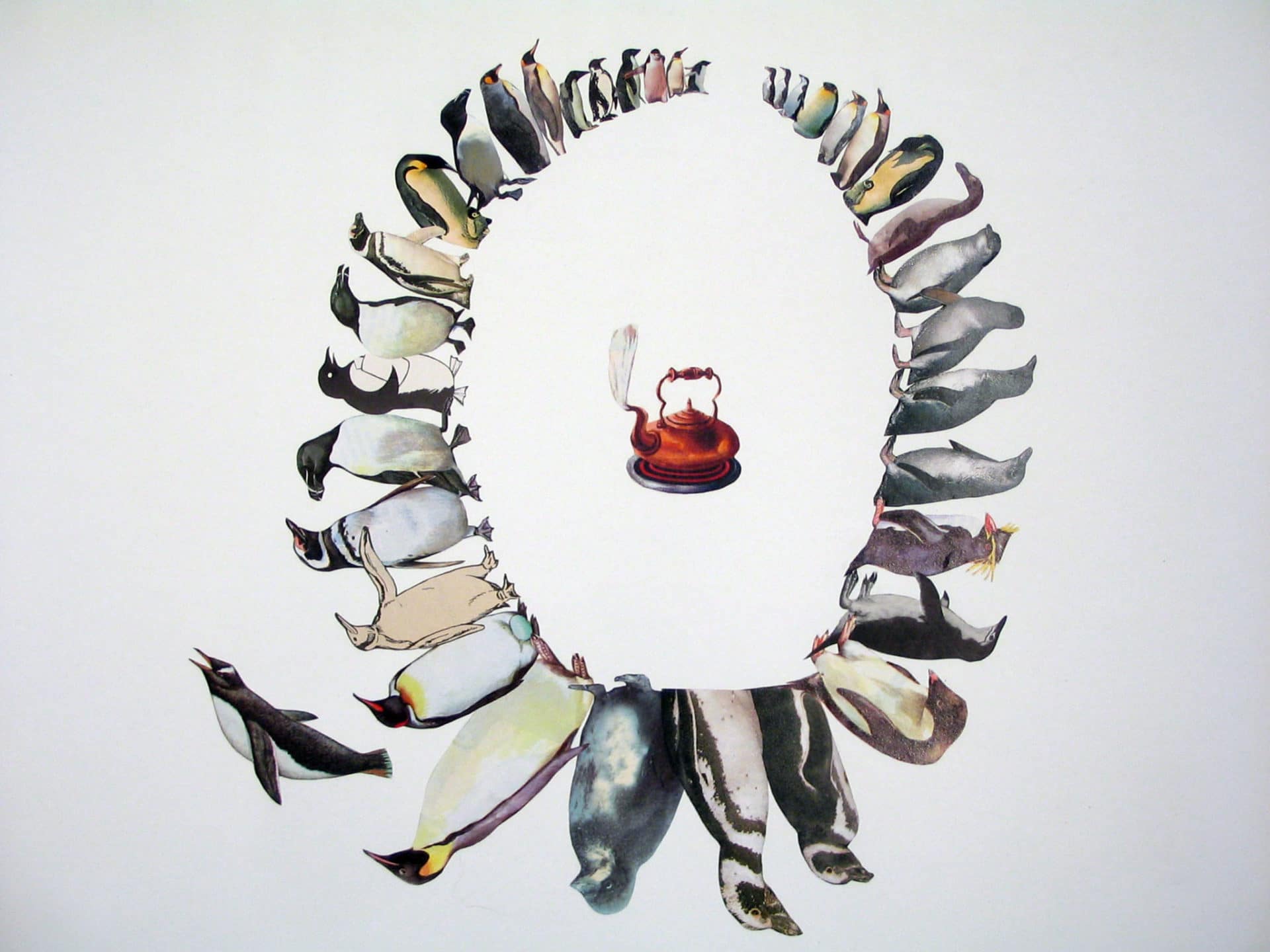 The ODD Gallery is pleased to present an exhibition of recent collages by Dawson City’s own Valerie Salez. Congregations features 15 framed works that utilize printed animal imagery that has been culled from hundreds of publications from the 1920s to present: storybooks, nature guides and science texts. Salez’s collages are in turns playful and confounding, illuminating the various interpretations and representations that artists, illustrators and graphic designers have utilized to capture the spirit of domestic and wild animals throughout the decades. Each creature is cut free from the pages that keep them bound between dusty covers, released from the didactic texts that romanticize and over-analyze their every gesture. For Salez, the cultural constructs in which we define and imagine—and hence limit—our bestial bonds is a source of mild skepticism. In Congregations, the animals are liberated from expectation to raise uncanny connections between issues of cuteness and the carnivorous, anthropomorphism and psychological projection, the potential for human/animal understanding and our irreconcilable differences.

VALERIE SALEZ is a multidisciplinary artist whose work celebrates creative tangents that deny categorization. Her projects look to the creative and social potential of directionless meanderings, spontaneity, obsession, dreams, the unknown and the yet-to-be-discovered as a means of investigating of cultural structures. Salez received a BFA from the Nova Scotia College of Art and Design in 2002, and has exhibited and sponke about her work throughout Canada, as well as in Japan, Germany and England. She grew up in the Yukon and dwells in Dawson City.