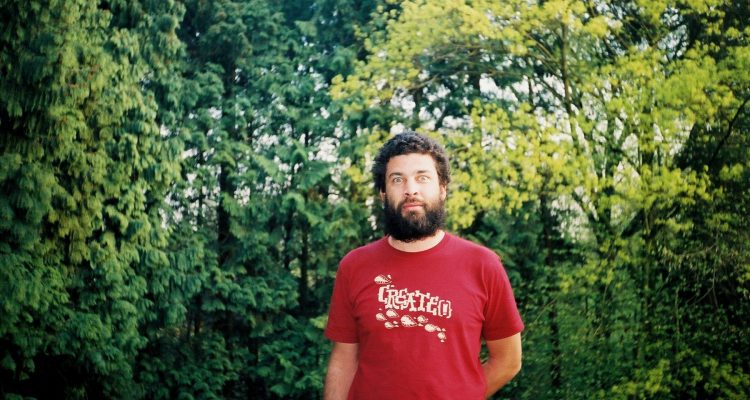 Bassist turned vagabond C.J. Boyd uses bass loops and voices in order to try and stop time. On perpetual tour since March 2008, movement and stasis are both at the center of his music. Weaving together improvisation with a sparse, minimalist aesthetic, Boyd creates waves of sound, worlds of provocative unlived memories through a singular approach to the upright bass and electric bass guitar that makes everything near and far.

Through solo performance takes up the bulk of his time and effort, he occasionally tours with the improvised chamber orchestra Kurva Choir and has also released music with Chris Schlarb, Eliot Lipp, Move, and his electronic alias DJ Too Slow. Past projects include Desert Center, Rhonya, Like No Tomorrow, and he’s been known to join a band for a one-off or the length of a tour, such as with Paleo (AZ), Shy Hunters (NY), Real Live Tigers (TX), and Harm (AK). All the while, he also runs a small label called Obsolete Media Objects, which has released such lovely folks as Balmorhea, Aisha Burns, Dilute, and Nelly Kate.

His non-stop musical travels have been propelled primarily by a van that runs on vegetable oil while in North America, whereas frequent European tours will find him catching trains, buses, planes, boats, and cars. But regardless of how he arrives to the gig, the music is driven by a commitment to ceaseless discovery and re-invention. His oceanic sounds provide a home for the homeless and journeys to the homebound.