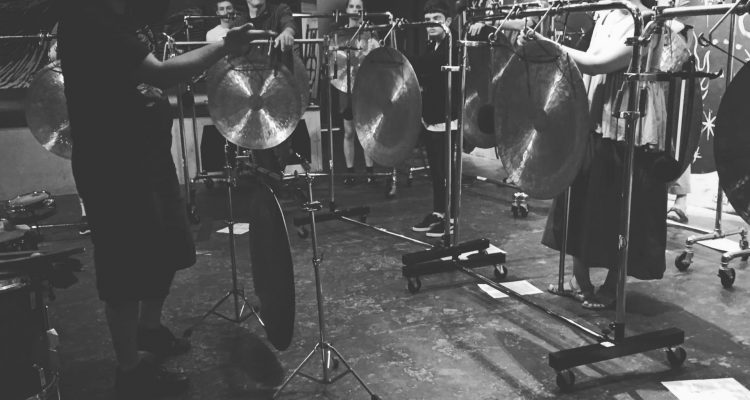 $18 in advance / $16 KIAC members
$20 at the door. KIAC member discounts are available at KIAC only

The Nakatani Gong Orchestra (NGO) is a touring sound art project that engages local communities through workshops and public concerts. Participants learn Nakatani’s techniques for playing the adapted bowed gong, and he conducts them in a public performance of an improvised harmonic composition. In the past decade the NGO has developed from four to over 14 gongs and it is still growing! Through hundreds of performances, thousands of participants and audience members have been involved in creating these transformative sound works.

Tatsuya Nakatani (1970, Osaka) is a Japanese avant-garde sound artist and master percussionist. He has released over 80 recordings and tours internationally. Performing solo, in collaboration, and with his Nakatani Gong Orchestra (NGO) project he plays over 100 concerts a year.

With his adapted Gong and handcrafted Kobo bow, Nakatani has developed his own unique instrumentation. A master of new sounds and extended technique; he sculpts a transformative, intense, expressive sound that engages improvised and experimental music while resisting genre. Central to his philosophy of sound is the concept of MA 間, which can be understood as the space or interval between perceptual events.