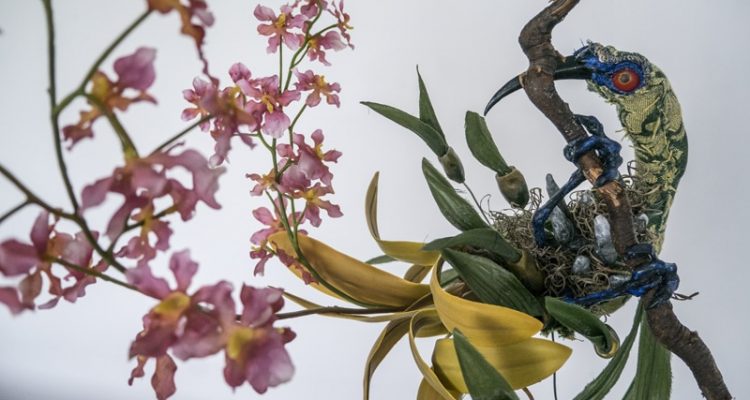 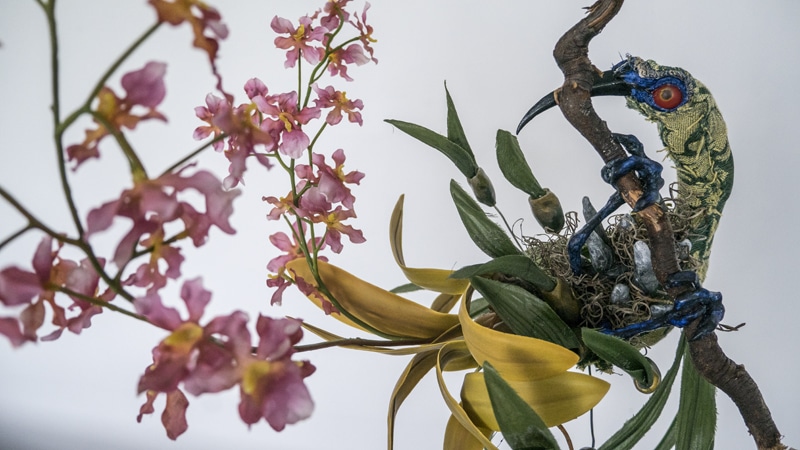 The World is Bound by Secret Knots is an installation that initially grew out of the artist’s direct encounters with the biodiversity of equatorial South America, and over time, expanded to become a meditation upon the complexity and fragility of tropical ecosystems at large.

The exhibition title is a reference to the 17th century polymath Althanasius Kircher’s The Magnetic Kingdom of Nature, 1693. As once expressed by the Museum of Jurassic Technology: “Ultimately, Kircher saw magnetic attraction and repulsion as the lingua franca of all creation, governing friendship, love, sympathy, hatred, chemical reactions, planetary action, heliotropic and selenitropic plants, medicinal plants and stones, the wind, hydraulics, the tides, musical harmony; even the nature of God himself, whom Kircher deemed ‘the Central Magnet of the Universe’. As Science verges on a workable unified field theory, Kircher’s intuitive philosophical understanding of the interdependency of all things seems less and less naïve.”

Part natural history and part invention, this bestiary of hybrid beings addresses the ontological blur which occurs between plant/animal/fungus, the temporal blur between living/dying/regenerating, and the shifting boundaries between Self and Other by combining species and objects in hallucinatory and oneiric ways.

Emily Jan is an artist and writer currently based in Montreal. Born and raised in California, she has travelled to 35 countries and lived in four, including South Africa and Mexico. As a wanderer, naturalist, and collector of objects and experiences, she is guided in her work by the spirit of exploration, kinship, and curiousity.

Jan has exhibited extensively nationally and internationally, and has been awarded the Excellence in Fibers Award 2017 (Fiber Art Now and the San Jose Textile Museum, USA), the People’s Choice Award at Fiberarts International Triennale 2016 (Pittsburgh, USA), and Third Place in the Salon de Reciclaje at the 6th World Textile Art Biennale 2011 (Oaxaca, Mexico). She has recently been an Artist in Residence at Artscape Gibraltar Point (2018), the Elsewhere Museum (2017) and Denali National Park (2016).