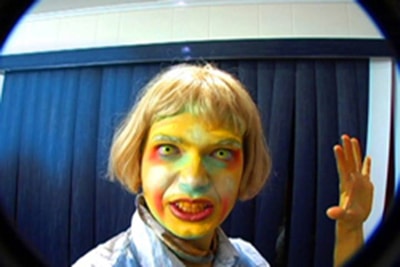 The presence of the media and the online world is omnipresent. Its relevance is poignant and inescapable. And we must revel in it.

The works in this 2014 iteration of Cold Cuts Video Festival, Revel in It, explore the world of pop culture and mass media – they envelop it and wallow in it, and from within this spectrum, reflect on the possibilities of social reconfiguration and plurality of identity. The critique of contemporary culture is a shameless and simultaneous embrace. Notions of confining gender constructs and otherness are blown apart and rebuilt in endless configurations for the purposes of imagining something different.

The KIAC building is closed to the general public until further notice due to the pandemic, though some events and registered programs are taking place.

Staff will maintain communication at the addresses listed below.

Feeling creative during the lockdown? Check out our rental gear!