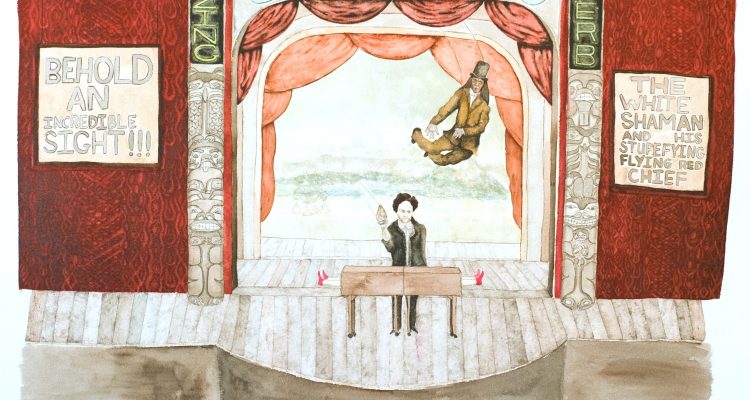 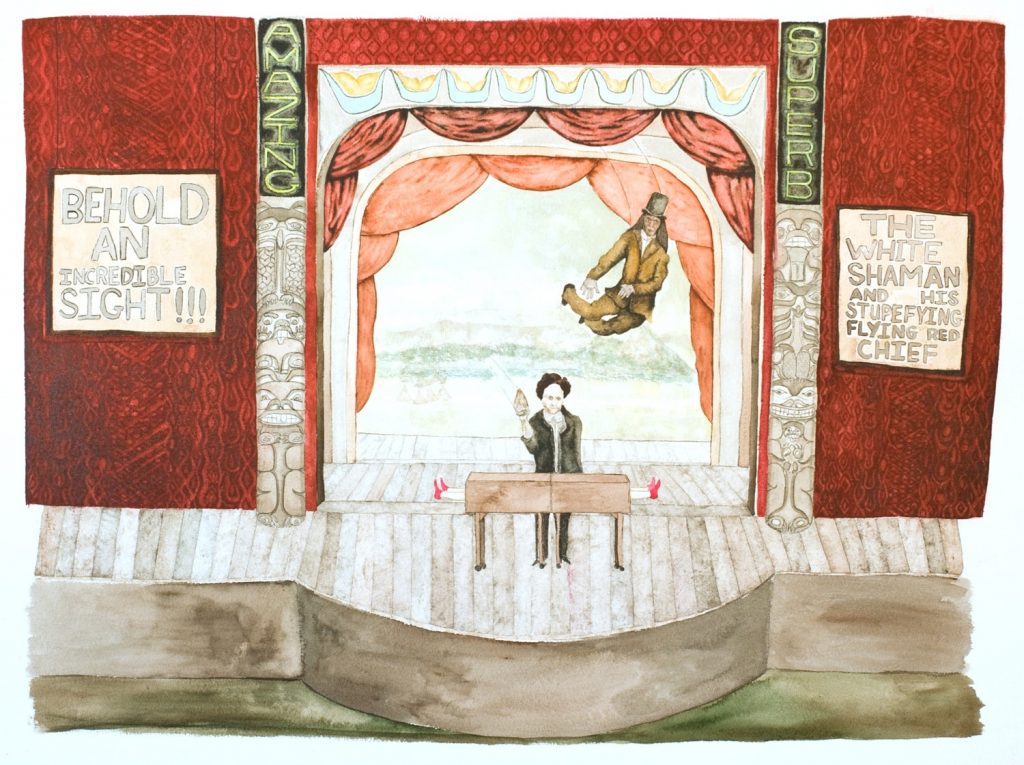 The ODD Gallery is pleased to present a series of new paintings, drawings and objects by Whitehorse artist Joseph Tisiga. Under the guise of Tisiga’s ongoing Indian Brand Corporation project, the artist’s current body of work explores notions of magic, illusion and spiritual mysticism through a narrative and conceptual dialogue between two characters—the Shaman and the Chief.

Within the context of the exhibition, these two enigmatic figures enact a series of shared and distinct roles: trickster, healer, guide, entertainer, economic advisor, sage, actor and extra. Each wears many masks, so to speak, and yet their respective motives remain unknowable. Tisiga’s exhibition is a visually evocative and thought-provoking investigation into myth, reenactment, and staged and visionary realities.

BIO: JOSPEH TISIGA was born in Edmonton, Alberta, and currently lives and works in Whitehorse. His work includes drawing, painting, writing, performance and photography. Tisiga, being part Kaska Dene, largely explores Indigenous themes, notably through an evolving internal narrative called Indian Brand Corporation. IBC functions both as a stage to a growing cast of Tisiga’s characters, and a conceptual tool which allows for the disembodied exploration of all things Indian-ish or otherwise.

Tisiga has exhibited work across Canada and was a finalist in the 2009 RBC painting competition, as well as a recipient of the Joseph S. Stuaffer award for his visual arts practice in 2009.  He has also been long-listed for the 2011 Sobey Art Award.