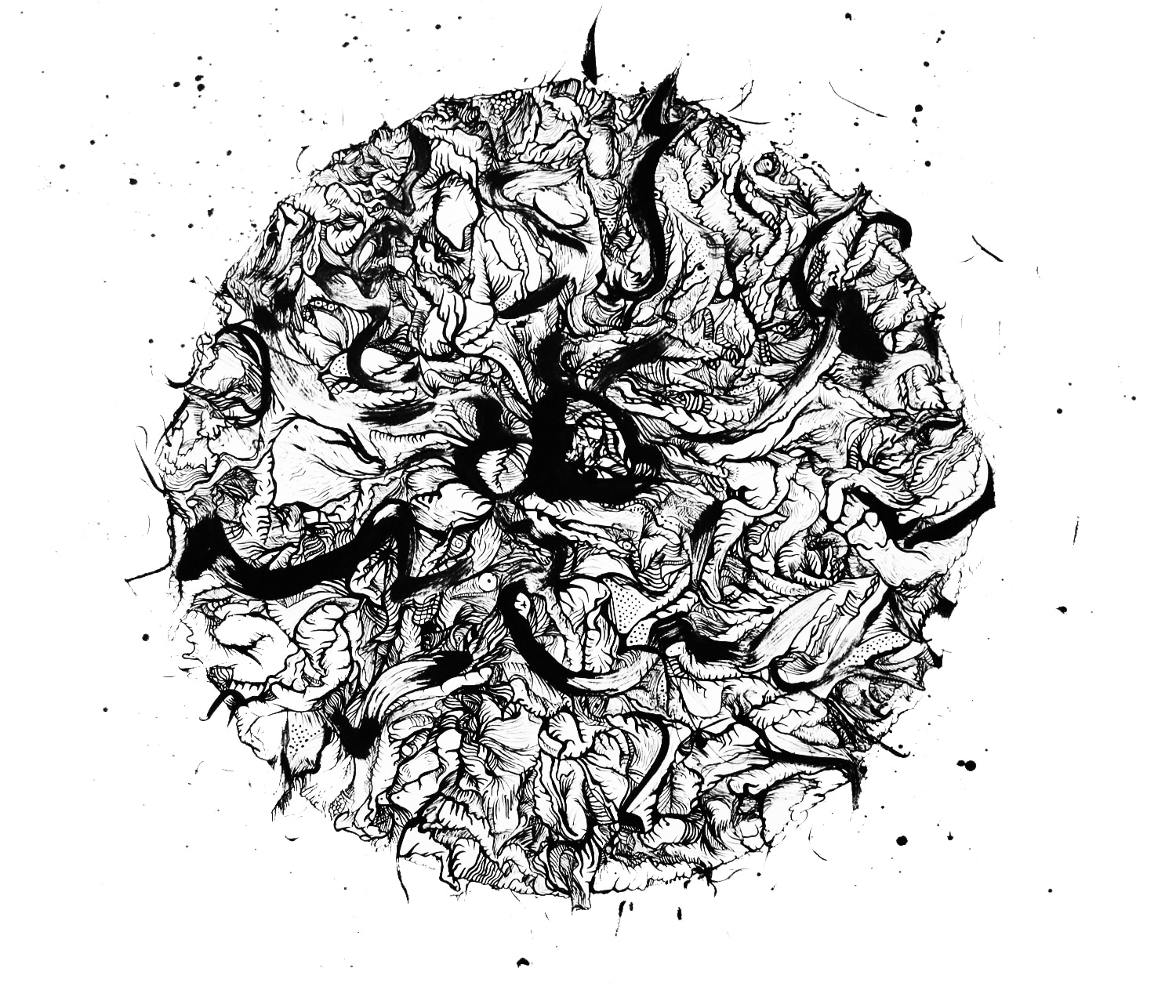 Join Jesse Mitchell in the Gallery for a introductory talk where the artist will show images of his past work that will illustrate the process involved in his month long drawing project on the walls of the Odd Gallery.

unstable structure made of all the surplus of what we wanted

JM
I had a vision:  Not a thread, not one line from point a to b, but thousands. Picture a sphere. Its internal surface is completely mirrored. We are inside it, as if the earth was inside out. It faces back to us. No light shines in, it just reflects off the walls from a candle. As it bounces back and forth it becomes amplified instead of diffused.  The space in between the surfaces is full of lines. They are all twisting and moving at different speeds, spiraling towards the center, the closer they get the faster they cycle.  The lines are the richest of velvet black, there are so many that all we see is a black mass. But if we concentrate hard enough we can see one line at a time. If we happen to see one it looks like it’s coated in silver, a faint reflection that suddenly jumps out with the sharpest contrast.  As we look outwards towards the mirrors we see a delayed reflection of the line bouncing back and forth millions of times, so much so that we can not distinguish one reflection from the other. As this happens the line seems to grow larger and larger. The prominence of its reflection dominates our vision.  We think “This is the line, this is the image, the thought, the thread”, but its only one of many.

WV
The line-tangle-mirror-sphere… that is really oddly similar to a recurring nightmare I’d had as a kid. I could never describe it very well, but it was pretty much that. It seems like a massive converging of all self-centered thoughts, this tangle of feedback that acts as a reflexive swarm theory where every part reacts according to the movements of the other parts and occasionally several line up and push something to the surface for a moment.
It’s the resulting unstable structure made of all the surplus of what we wanted, which was wealth and happiness and strong economy, to start over, to run away from our fellow humans. We have inevitably built this machine, spectacle, a giant lens and a mirror that focuses and reflects back our own gaze and we become so isolated from ourselves. With this in mind we become aware of the current scaffolding of social construction and that ultimately it benefits nobody in a true way…

thus, we should start throwing stones.

Excerpt from a call and response exchange between Jesse Mitchell and William VanderMeulen.

Feel free to contact the artist at jam457@hotmail.com for more information.