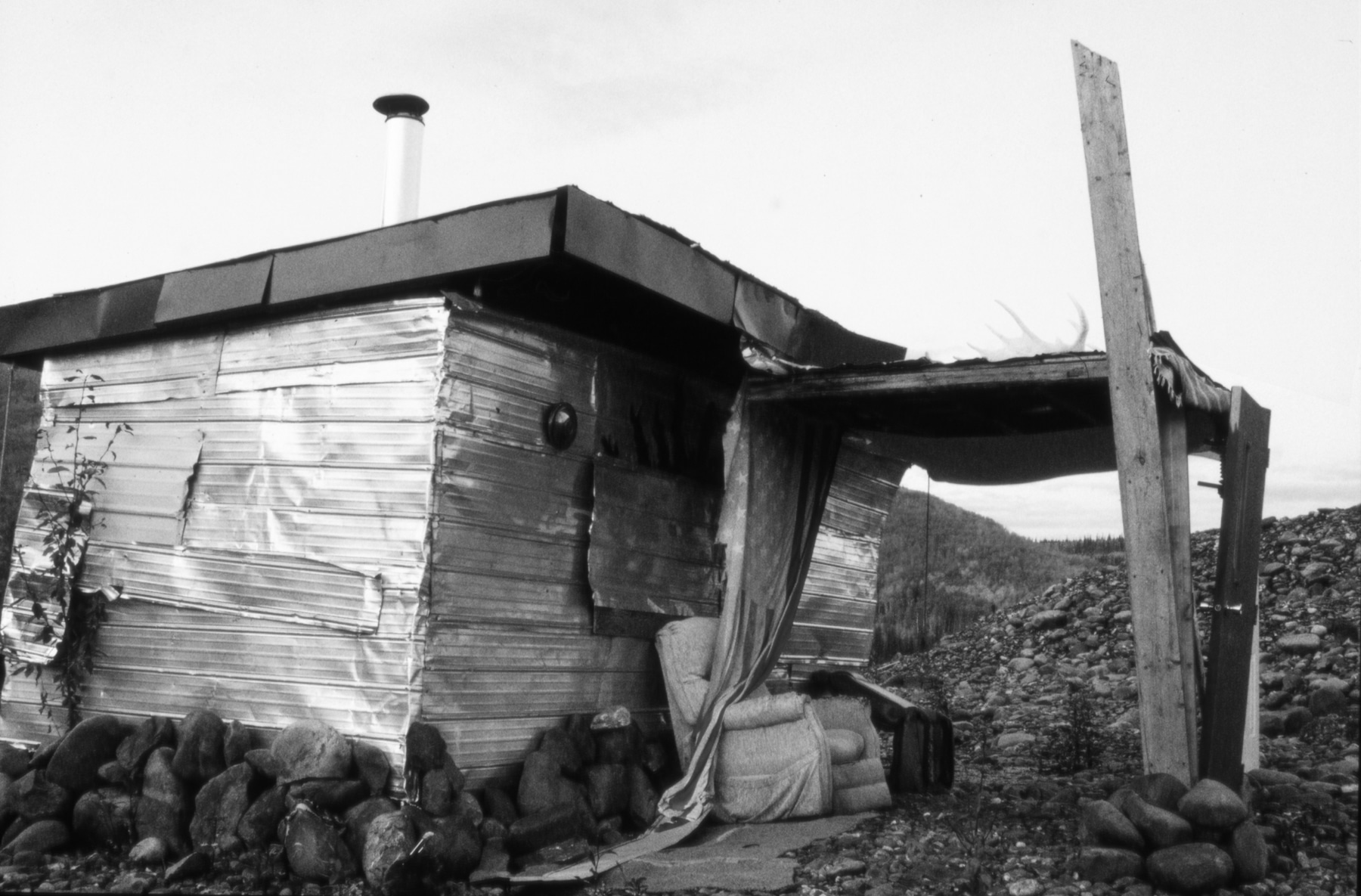 The photography in this body of work explores moments when things fall short of ideals or expectations and conversely, when the mundane attains a kind of beauty. I wanted to document these situations and moments, but also suggest a bit of a back-story. I’m hinting at reasons, series of events, perspective. I didn’t
want to show too much bias, nor remain entirely impartial. Like with Jeremy’s memorial – you see him up close – enclosed in a heart of plastic roses, but as well you see the street where it happened. A boy’s death seems to pass unnoticed by evening traffic streaking past his lonely corner. There was a kind of poignancy in this scene that drove me to photograph it. Same for the puddles, just muddy water on a brambly path, but aglow in the late sinking sun.

I’m interested in what falls through the cracks, and am rooting for the underdog.  Each photograph betrays me: disillusionments, hopes, both. This work relies on being aware of my environment, considering the implications of objects in it and being sensitive to what stories might lie behind them.

The title of this work references the expression “to weather a storm” and reflects the way this group of photographs grew gradually, initially out of a process of using my camera to address and investigate aspects of my surroundings that revealed failings, both personal and societal. In the beginning I went about taking photos as though I were gathering evidence, building a case against “society”.  But I was unable to remain un-implicated, and there was always more information beyond the edge of the frame. The more engaged I became, the more sensitive I was to seeing beyond the actual objects of focus, and began in a
sense “getting over” my disillusionments. I think it is at this point I began making images that were less documentarian, but more honest. These images reveal
the potential and inherent story of mundane places and things rather than representing subjects as extractions or ends in themselves.

Evelyn grew up in Christina Lake, a small Kootenay town of forested mountains that were great for wandering, tobogganing or skiing, and an ever-so-swimmable lake with cliffs to jump off of. Evelyn left the Lake to complete a Bachelor of Arts in Anthropology & French at the University of Victoria, and a 2-year Media Diploma at Capilano College in Vancouver before coming to the Yukon.

Evelyn got her first camera (and began taking copious snapshots of her dog and her friends being silly) when she was in grade three: a Kodak Disk, which lasted 2 years before the Pacific Ocean washed it away in a giant wave on a beach near Tofino. Nevertheless, Evelyn still prefers photography to writing or even
speaking.

‘Language just falls short for me; words are approximations. Photography is investigative, explorative, open-ended. I’m attracted to the way that photographs can communicate experiences and ideas or evoke emotional associations, yet leave room for individual responses.’