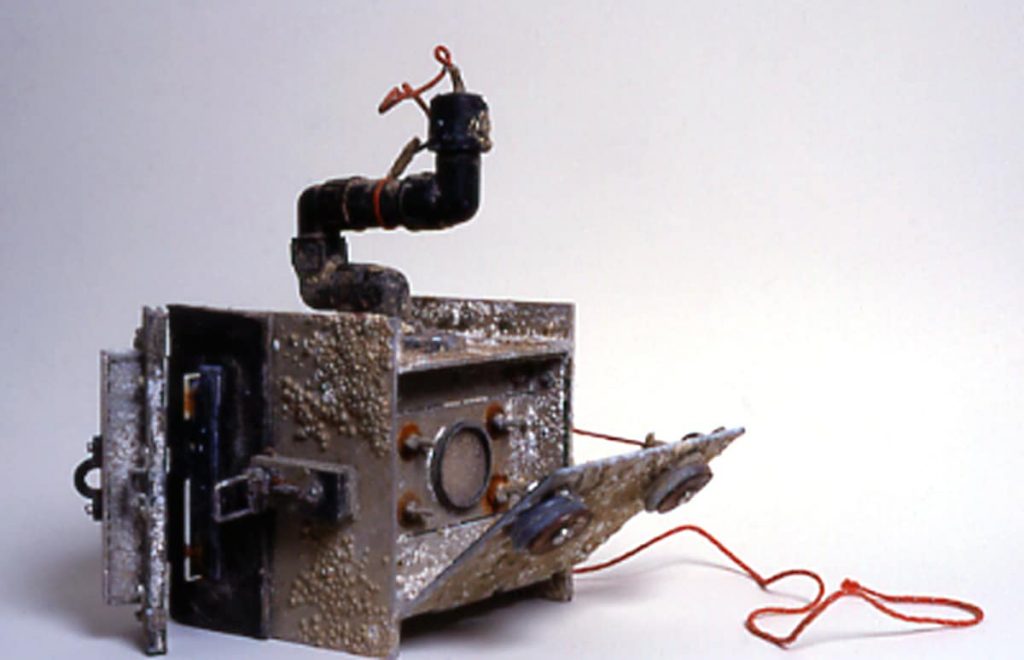 The Klondike Institute of Art and Culture (KIAC) and the Odd Gallery are pleased to welcome Donald Lawrence to Dawson City for a residency in conjunction with a solo exhibition opening July 1 at the Odd Gallery.

In this work the pinhole cameras and photographs are reminiscent of earlier photographic and pre-photographic forms and technologies that range from the soft focus effects of nineteenth century “Pictorialists” and “Naturalists” to such optical instruments as the camera obscura and the camera lucida of previous centuries. The manner in which the essentially simple, almost poetic photographs of the sea animals play against the overburdening technology of the kayak echoes ideas in earlier bodies of work in which I have explored relationships between our urban and wilderness landscapes. In bodies of work such as The Beach (1985), Romantic Commodities (1993), and The Sled (1986), I have brought together my interests in wilderness camping with an exploration of the manners in which we as individuals, and our urban society generally, provision ourselves for experiencing the wilderness. In the Underwater Pinhole Photography Project such ideas are brought together with my particular interest in sea kayaking. The impetus for this work was a simple one: to photograph the intertidal life seen from my kayak. In relation to earlier bodies of work it may be understood less as such a practical pursuit and more as an elaborate exaggeration of the attitudes, which we take towards nature.

Donald Lawrence teaches in Visual Arts at the University College of the Cariboo in Kamloops BC, and engages in numerous interdisciplinary research projects – many involving photography. He has exhibited work in solo and group exhibitions at public and artist-run galleries across Canada and his recent work has been the subject of two exhibition catalogues. Through such forms as photography and sculpture Lawrence’s artworks relate stories of travel, exploration and mechanical invention to his interest in sea kayaking – something, which has taken him to, such places as Alaska, Maine, and Scotland’s Outer Hebrides. Lawrence has a BFA (U-Vic, 1986) and an MFA (York, 1988).