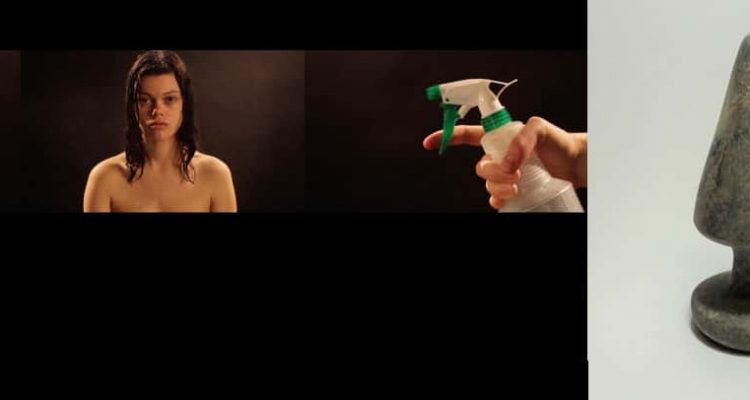 Join SOVA artist in residence Kablusiak and KIAC Artist in Residence Kelsey Whyte as they share their work and talk about what they have been doing during their time in Dawson City.

Kelsey Whyte is an artist living in Toronto, Ontario. A photography graduate of both OCAD U & Sheridan College photography is the base of her practice as she continues to explore different mediums. As an artist and woman, the ongoing conversation on female identity is omnipresent in both her practice and personal life. Surrounding herself with like-minded women has influenced her performative approach to engaging with political and social issues by drawing from personal narrative and female representation in visual culture. Whyte continually represents women often using satire as a way to reconcile her own position as a woman in a complex, often hostile world. She received the Project 31 photography award in 2016 and has shown her work in Canada, The U.S, and Germany.

Kelsey will top the trend of femvertising, being advertising that employs pro-female talent, messages, and imagery to empower women and girls, has put positive messages into advertising for the wrong reasons. Companies using feminist rhetoric to appeal to women consumers without having women in positions of power, paying women equally, or having a toxic work environment for their female employees are using a powerful movement as a marketing tool. During Kelsey’s residency, she will create responses to these empty gesture advertisements using performance and video.

Kablusiak is an Inuvialuk artist based in Mohkinstsis and holds a BFA from the Alberta University of the Arts. They are represented by Jarvis Hall Gallery, and their work has been acquired by public and private collections across so-called Canada. Awards include the Alberta Foundation for the Arts Young Artist Prize (2017),  the Primary Colours Emerging Artist Award (2018), and short-list nominee for the Sobey Art Awards (2019). The lighthearted nature of their practice extends gestures of empathy and solidarity; these interests invite reconsideration of the perceptions of contemporary Indigeneity.     During my residency, I will be using my time to explore the mediums of felt wall hangings and digital drawings to complete work that will be exhibited at a solo exhibition next month.