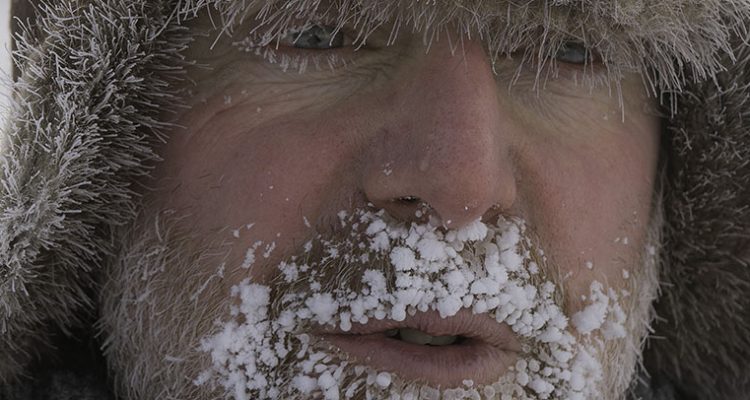 An experimental documentary (2019, 73 minutes)
by Christopher Healey and James Healey

Winters in the Klondike will change you—
but now the winters are also changing.

Following three artists and interviewing five others during the winter of 2016-17, this intimate film explores themes of life as they emerge in a dark and freezing Northern landscape- one that is experiencing increasing stress from climate change.

With access to local events and winter locations not commonly represented, The Winter Folk offers a rare glimpse into the tiny and remote communities of Dawson City and West Dawson, and why artists choose to live and work here all year. With some living off-grid and one newcomer to the North, the importance of art and community come into focus throughout the film.

This was the year the ice bridge stopped forming between the two communities. Environmental, philosophical and social issues emerged during production that feature the centrality of the river in people’s lives.

However, not all rivers are literal. Death, isolation, guilt, introspection and hope can also divide and connect us across these vast gulfs of time and space.

A Fundraiser for the Dawson City International Short Film Festival