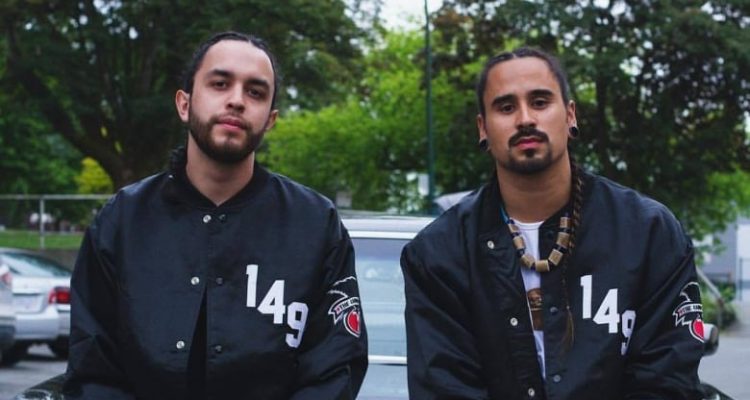 Snotty Nose Rez Kids are a hip-hop duo from the Haisla Nation of the Haislakala speaking people. Recreating their identities within their own contexts, they aim to reclaim their voices and share them with a wider audience. Zazaxsmalis, otherwise known as Yung Trybez is a writer, rapper, photographer and spoken word artist of “The People of the Snow” that is the Haisla Nation. Wa’tla’ka othethise known as Young D or “D” is a songwriter/rapper that was born and raised in Kitamaat Village. Together they are the Snotty Nose Rez Kids. Their S/T debut album was released in 2017 and in Summer 2017 they released their new mixtape, The Average Savage.

After their summer 2018 Yukon performances at Dawson City Music Festival, and Moosehide Gathering, Snotty nose Rez Kids went on to be shortlisted for the 2018 Polaris Prize.