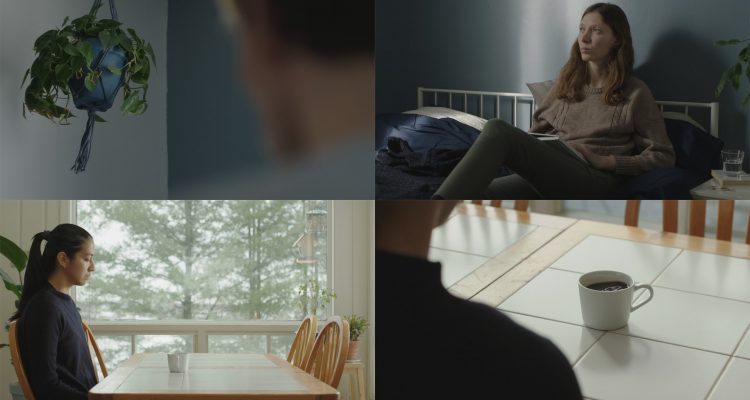 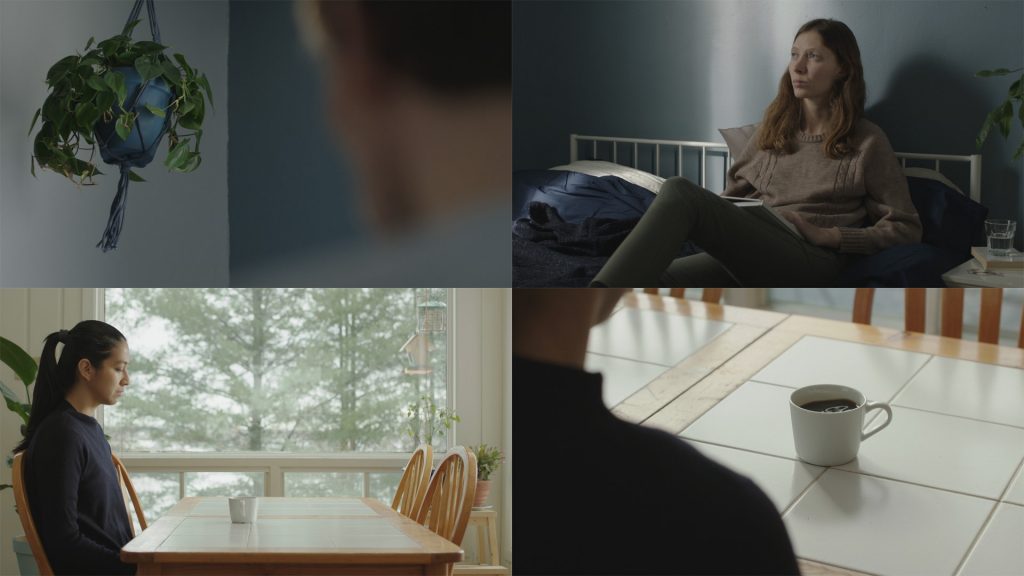 Working primarily with the medium of video, Andrée-Anne Roussel‘s projects exist in the form of interactive  nstallations and sensory films. The artist creates time-suspended universes, as in a space-time parallel to ours. Her characters slowly wander in these universes, almost in meditative state, carrying out daily gestures with care.  ccepting the slowness and appreciating the daily gestures is for Andrée-Anne Roussel an important act of resistance today, in the face of what she sees as a disturbing invasion of our private lives by the capitalist system, and therefore by surveillance.

Andrée‐Anne Roussel is both a filmmaker and new media artist. She holds a Bachelor’s degree in film production and a Masters in Communications (concentration in research‐creation of experimental media) from l’Université du Québec à Montréal. Her interactive video installations and sensory short films are the result of her research on themes of ambiguity, failure, fragility and empathy. Her work has been shown at the Sapporo International Short Film Festival, Musée d’art de Joliette and at LABoral Centre de Arte.