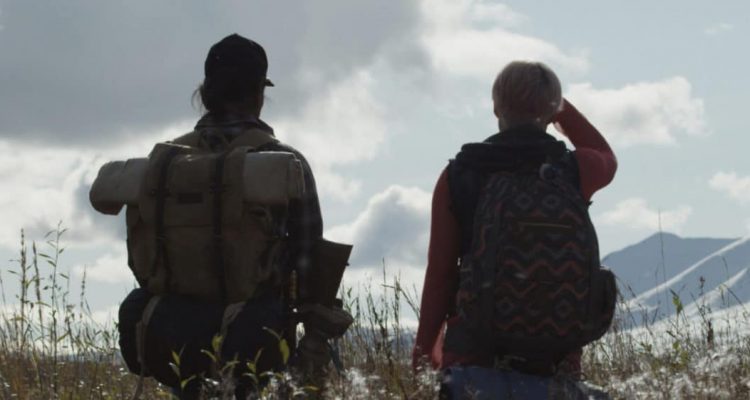 Set at the Arctic Circle, The Sun At Midnight tells the story of an unexpected friendship between a hunter obsessed with finding a missing caribou herd and a teenage rebel who gets lost while on the run.

In the wake of her mother’s death, Lia, a 16 year-old urban princess, is sent to spend the summer with her Gwich’in grandmother in a small Subarctic community. Desperate to return to city life she steals a boat and sets out into the vast Northern wilderness hoping to reach the nearest town. Totally lost, she is discovered by Alfred, a Gwich’in hunter who reluctantly takes her under his wing as he navigates the massive landscape in search of caribou. When Alfred is severely wounded in a bear attack Lia pushes on and fights to save both of their lives.

The Sun At Midnight was filmed along the Dempster Highway, near the Richardson Mountains, in Ft. McPherson and in and around Yellowknife and Behchokǫ, all in the Northwest Territories of Canada. A significant portion of the film was shot near the Arctic Circle on Gwich’in traditional lands. This is the first time a feature film has been produced in this region. Filming conditions were challenging with temperatures ranging between -5 and +24 degrees Celsius, and including rain, snow and fog.

Check out the trailer!