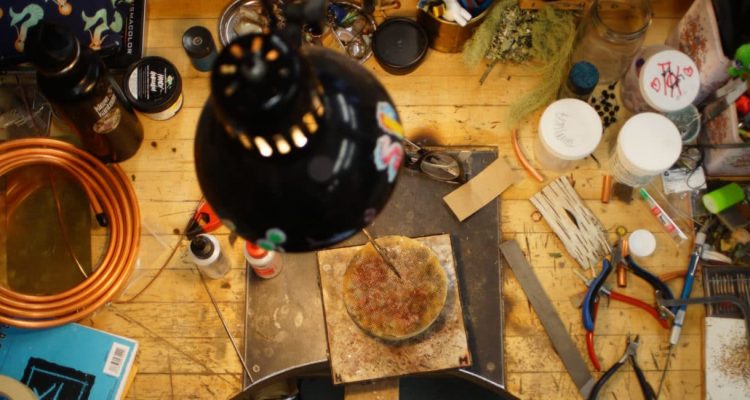 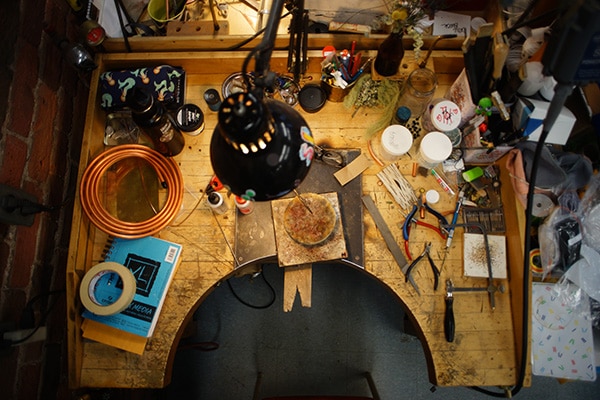 Join KIAC/SOVA Artist in Residence Tamika Knutson as she shares her work and processes involved in its creation!

Tamika Knutson is Tr’ondëk Hwëch’in First Nation from Dawson City, Yukon Territory. After completing the one year foundation program at Yukon School of Visual Arts in 2013, Tamika transferred to Nova Scotia College of Art and Design to further explore a variety of mediums and subjects in visual arts. Tamika earned her Bachelor of Fine Arts with a major in jewellery design and metalsmithing in April 2017. Her Current body of work is influenced by traditional First Nations craft.

Tamika will be teaching a workshop to the SOVA students about the basics of enamelling for jewellery and enamelling techniques.