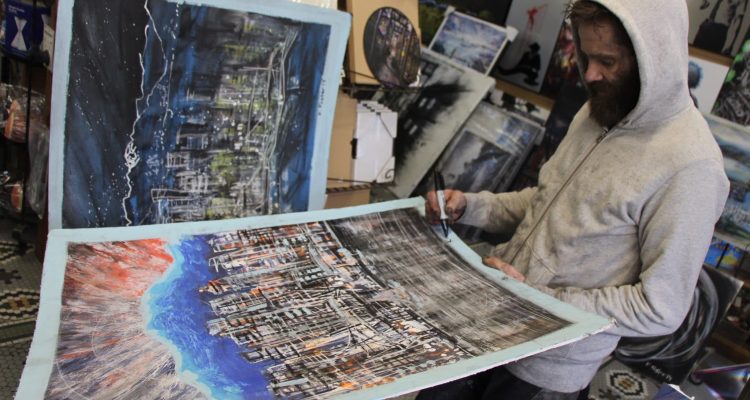 The Vancouver street artist Ken Foster is a fixture on the mean streets of Gastown, a district legendary for its community of broken souls. Foster paints what he sees. He paints it boldly and he paints it fast. Partly this is due to his technique: images spring from him like thoughts, the city transfigured into stark visions. But it is also part of his survival strategy: Foster is a schizophrenic crack addict, and he has chosen to live with his demons as a condition of his art. A documentary as fascinating and uncompromising as it subject.

With introduction and post-screening talk with Geoff Pevere

Geoff Pevere (born October 1957) is a Canadian lecturer, author, broadcaster, teacher, arts and media critic, and currently the Program Director with the Rendezvous With Madness Film Festival in Toronto. He is a former film critic, book columnist and cultural journalist for the Toronto Star, where he worked from 1998 to 2011. His writing has appeared in several newspapers, magazines and arts journals, and he has worked as a broadcaster for both radio and television.