THE NATURAL AND THE MANUFACTURED 2016

Karen Kazmer and Deborah Koenker will research Yukon life and attitudes through face-to-face research, diving into interviews and gathering stories and then reflecting their perceptions back to the community for enjoyment and discussion/dispute.Their in-gallery installation will start at the ceiling with recreations of Ursa Major and Minor (the bears) and Canis Major and Minor (the dogs). They will populate the gallery below with abstracted sculptures of wolves, dogs, and grizzly bears (a Yukon “species of concern”).

Anecdotal stories, myths and tall tales (manufactured) of dogs, wolves and bears gathered from community participants will be included in Northern Howl as audio recordings. 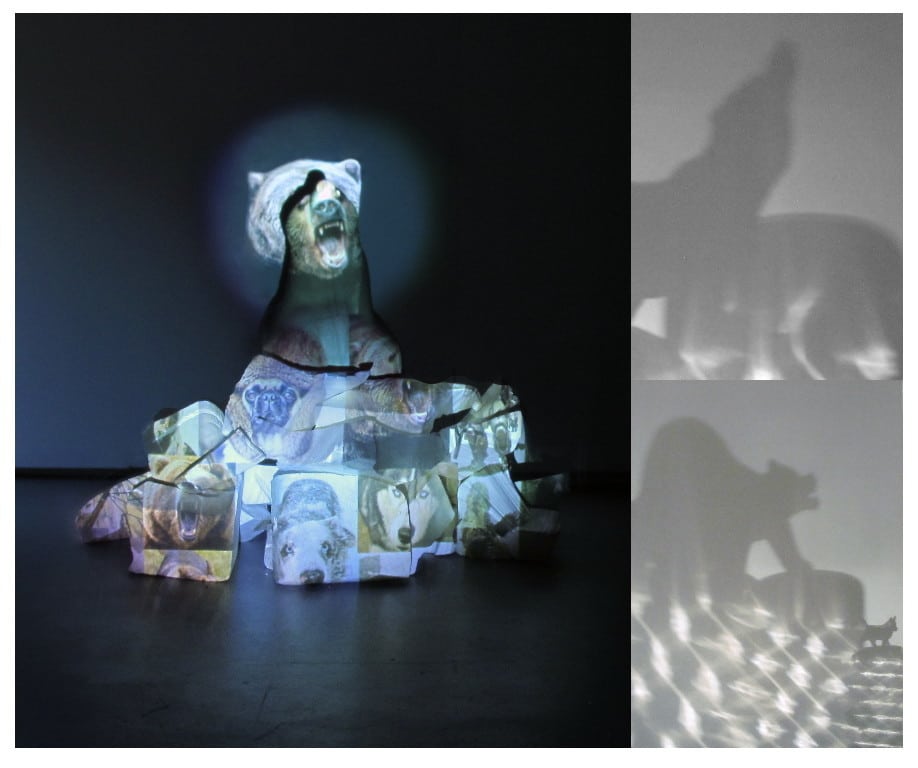 For their off-site exhibition, Robert Yates and Kevin Yates will video-record migratory bird species in Dawson City, and then create video wallpapers from which birds come and go.

The wallpaper patterns will be informed by decorative motifs once popular in the Klondike. The videos will be installed on two separate floors in Ruby’s Place, a historical Parks Canada building. The footage will be edited so that a bird leaving one projection will arrive moments later in the second projection, and vice versa.

Birds migrate across cultural boundaries as if all geographies are home. Through its bird-oriented contemplation of travel, migratory (patterns) presents a new contemplation of global connectivity and human migration. 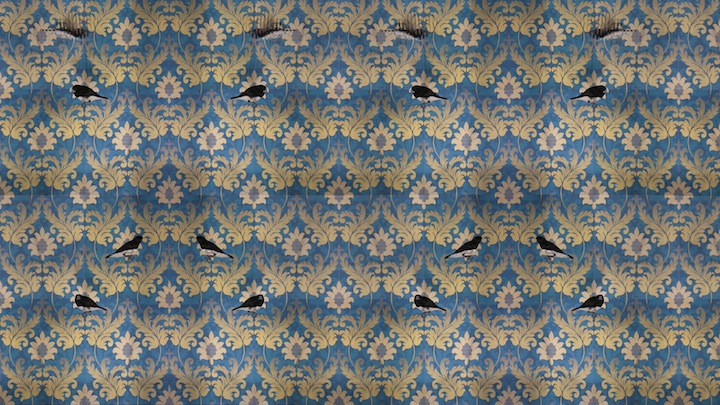 As a starting point for a first trip north, Ritter will use the words of Glenn Gould, spoken 50 years ago, and imagine what they would sound like if spoken today:

“I’ve long been intrigued by that incredible tapestry of tundra and taiga which constitutes the Arctic and sub-Arctic of our country. I’ve read about it, written about it, and even pulled up my parka once and gone there. Yet like all but a very few Canadians I’ve had no real experience of the North. I’ve remained, of necessity, an outsider. And the North has remained for me, a convenient place to dream about, spin tall tales about, and, in the end, avoid.” — Glenn Gould, Introduction to The Idea of North, 1967

Kathleen Ritter, a curator, artist and critic who works internationally, will evolve her post-exhibition essay from conversations with the exhibiting artists and from her research into perceptions of the North from afar. Ritter’s professional work in Scotland, France, and Canada will give her a unique perspective on the context and environment of the art created and shown through The Natural & The Manufactured.

As an immigrant to Canada, Deborah Koenker is interested in borders, globalization, migration/immigration, the difficulties of cultural integration, building community and social justice. She has produced three installations on “disappeared” and murdered girls and women, one of which involved collaboration with 80-some residents in the village of Tapalpa, Jalisco, Mexico. Personal narratives are increasingly important to her practice; her 2016 Kelowna Art Gallery exhibition Grapes and Tortillas, for example, includes texts written by temporary seasonal agricultural workers from Mexico who come to work on farms, and in vineyards and green houses in the Okanagan Valley, BC and across Canada.

Karen Kazmer’s installations and public artworks are ongoing investigations of architectural space, human and animal interaction, originating from an interest in the body as messenger. She has worked with light, mixed media and technology in producing exhibitions for galleries in Canada and the U.S. Her community based public art projects seek imagery from public workshops, collaborations and on-site activities of people and animals. Recent gallery installations involve the use of sensor-driven pneumatic elements.

Kevin Yates is known for his sculptural works, often highly realized miniatures, doubled to resemble a reflection in water. He likens his work to film stills: objects that hold a “pause” in space, offering the viewer time to examine and inspect.

Robert Yates employs his film production experience to create video works that first conjure stillness, then morph into multiplying or mirrored images. The slippage between interior and exterior seems constant yet is impossible, since the images are willing to reflect layers but not break open to another one below.

Ritter is an artist and a curator. She was an artist in residence at La Cité Internationale des Arts, Paris, as a recipient of the Canada Council for the Arts International Residencies Program in Visual Arts, in 2013. Working with sound, photography, video, and text, often in collaboration, Ritter has exhibited her work across Canada. She was recently commissioned, along with composer James B. Maxwell, to develop a soundtrack for the international conference Institutions By Artists based on the minutes from the organizers’ board meetings.

Ritter was the Associate Curator at the Vancouver Art Gallery until 2012, where she curated the exhibitions How Soon Is Now; Beat Nation: Art, Hip Hop and Aboriginal Culture (with Tania Willard); WE: Vancouver (with Bruce Grenville); Rebecca Belmore: Rising to the Occasion (with Daina Augaitis); and commissioned public artworks for Offsite by Damian Moppett, Kota Ezawa, Elspeth Pratt, and Heather and Ivan Morison.