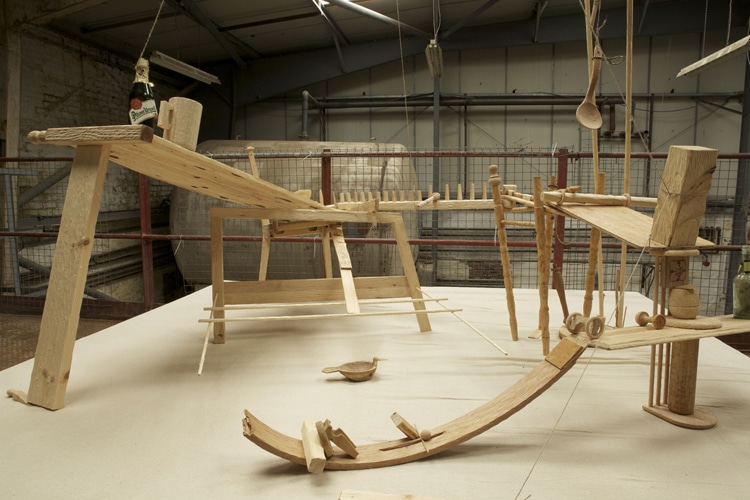 Scott Rogers’ practice explores tensions between idealism and its enactment. He is particularly interested in ways that closed systems might be resisted through speculative positions. How might we understand the world to be different than it appears? How might we bring to be what can never be? Can we escape the possible? Recently, Rogers has investigated these questions through research into the history of perpetual motion machines and the narratives surrounding these devices. The life of Jan Welzl, an Arctic explorer and inventor, has been integral to this work. Welzl was an eccentric Czech locksmith who travelled the globe in the early 20th century. He spent thirty years living in a cave in Siberia before writing a best-selling account of his adventures, and moving to Dawson City, Yukon. Once there, he attempted to build an elaborate perpetual motion machine in his cabin up until his death in 1948.

From this story, Rogers has developed clusters of projects using a wide diversity of materials, techniques, and references. These works produce unexpected meeting points; they are sites of cohesion between otherwise disparate phenomena. Failed inventions, CG animations, sea chanties, whittling, Heath Robinson cartoons, automatons, and Fischli & Weiss are all assembled together as parts of this motley cast. In each case we transfer from concrete reality to the intellectual space of possibility, and from thoughts of what is to thoughts of what could be.

SCOTT ROGERS is a Canadian visual artist based in Glasgow, Scotland.  He recently completed his MFA at the Glasgow School of Art, and has also attended the Städelschule in Frankfurt as part of Simon Starling’s class. Exhibitions including Scott’s work have taken place at St Paul St Gallery (Auckland, New Zealand), National Glass Centre (Sunderland, UK, as part of the AV Festival), Liverpool John Moores University (as part of the AND Festival), PM Galerie (Berlin), The Southern Alberta Art Gallery (Lethbridge), The Art Gallery of Alberta (Edmonton) and the Soap Factory (Minneapolis).

In fall 2012 Scott will be part of a three-person exhibition at the University of Moncton.  He has also been invited to co-present a lecture with the Arbour Lake School for the conference Institutions by Artists (organized by Fillip Journal in Vancouver for October 2012).
Exhibition Text by Sarah Rose