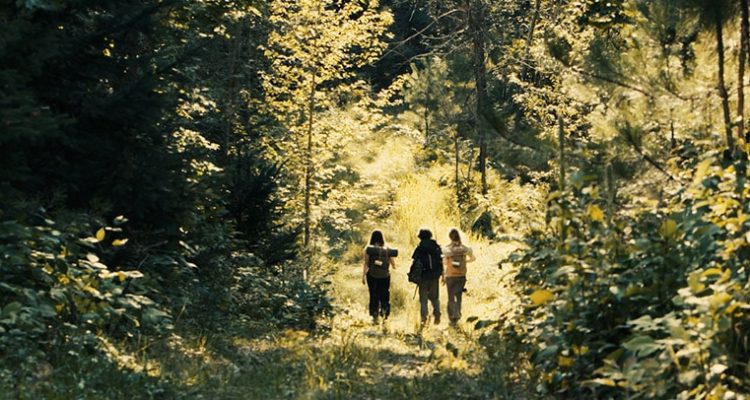 Pragmatopia, 2019, 30 min. (Science Fiction)
Inspired by the Chernobyl aftermath, the film follows two young women as they journey from the outskirts of the city to a radioactive area deep in the woods. Along the way, they encounter a young drifter. As they travel together, they are forced to confront their new reality.

Emergency Broadcast, 2017, 7 min. (Animation)
Built at the height of the Cold War to withstand a five-megaton nuclear assault, the Diefenbunker is a massive underground, four-storey, 100,000-square-foot fortress designed and constructed entirely in secrecy in 1959. Inspired by the objects, rooms, and spaces of this Canadian Historic Site, the stop-animation film imagines the beginning of a nuclear war.

Joan, 2014, 7 min. (Animation)A surreal and materialist version of the story of Joan of Arc. The film was created using stop-motion animation technique during a residency at DAÏMÔN in Gatineau, Quebec.

The Stone Dreams of the Cell, 2018, 2min.(Animation)
Inspired by Alain Cavalier’s film La Rencontre (1996), I created this hand-processed super-8 film to explore objects and textures, both organic and inorganic.

For more info on Pixie and her residency, click here.