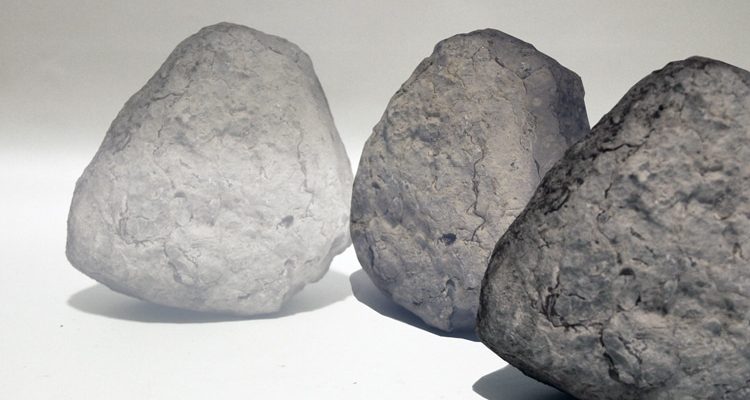 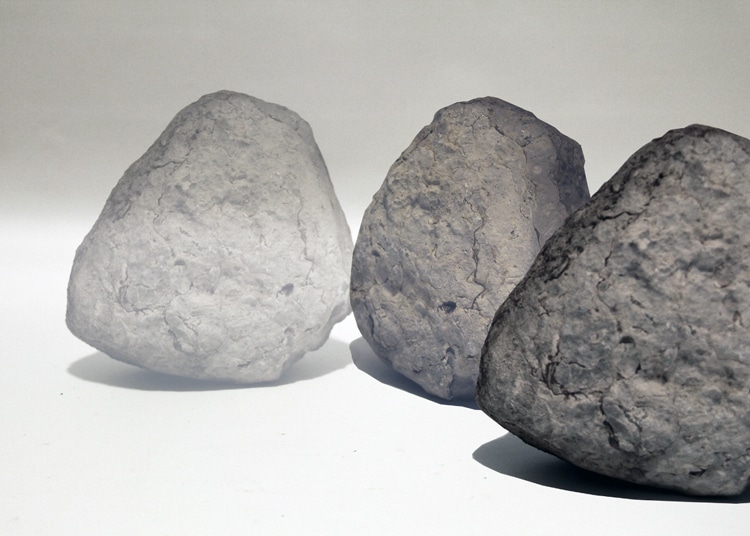 The project ‘Where Phantoms Meet’ consists of two meticulously recreated boulders. These erratic rocks rest on the floor, motionless. The calm is periodically interrupted as the boulder picks up off the ground and begins to move and pivot about the space. It then returns to rest upon the floor. The other boulder responds in kind creating a dialogue between the two objects and the viewer within the space. Occasionally the boulders synchronize in their predetermined choreography. Within each boulder is an omni-directional robot which is programmed specifically for each exhibition venue.

Robert Hengeveld is an installation and media artist whose work explores the boundaries between reality and fiction, and where we find ourselves within that relationship. This has often taken shape through the manipulation of familiar environments or common experiences: a rotating tree, a floating shopping cart, or a street lamp that occasionally breaks out into a flickering morse code, only to return to its normal occupation of habitual illuminating.

He completed a MFA at the University of Victoria. His work has been exhibited across Canada and internationally and is held in various public and private collections. His work has received various grants and fellowship including the Canada Council for the Arts, the Ontario Arts Council, Toronto Art Council and a recent nomination for the Premier’s Award. Past exhibitions include Hallwalls Contemporary Arts Center (Buffalo US), Art Gallery of Guelph (Guelph CA), Art Athina (Athens, GC), Alternator (Kelowna CA), Mercer Union ( Toronto, ON ), Mulherin New York (NYC, US), and Opinion Makers (London UK). This summer he participated in The Arctic Circle expedition along with other international artists and scientists.