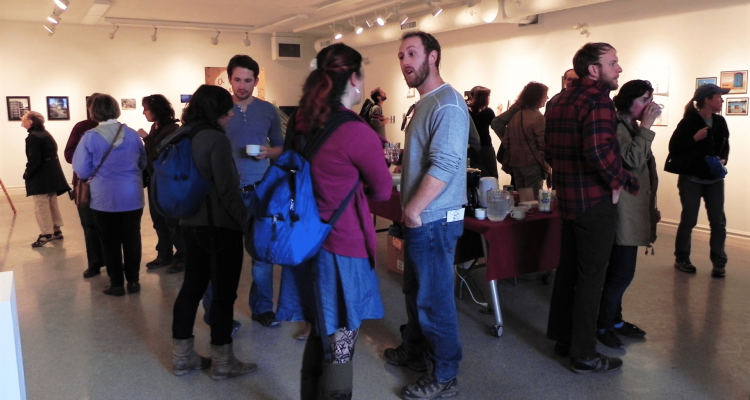 Confluence at the SOVA Gallery is a DIY community exhibition series which offers a space for KIAC Members working in any medium to exhibit their artwork during the summer months. 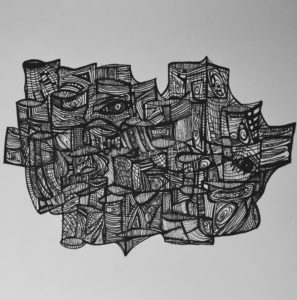 A Study of Action and Movement is a series of short video animations that uses an extensive series of multilayered stone lithographs as stills. The work was produced during a four month long residency at Atelier Graff in Montreal and follows my previous print animation project entitled Interior Erosion. These animations pay homage to how much effort goes into one piece of artwork, and how that work can often be repetitive, unglamorous and yet deeply satisfying. Through this project I find links between art making and the rest of daily life by observing concrete actions and movements as a common denominator. The idea of art and work ultimately being the same in their necessity and lack of glamour challenges what is often expected of an inspiration based occupation. It is possible that any gesture can be just as creative as those used to create a painting or print, if similarities of action and movement are considered. However, as laborious as it is to make lithographs, the final animations are reminiscent of “gifs”: fast, dispensable and easy to create with a computer and the internet.

In tandem with this project, I would like to show a selection of around ten prints from another lithography-based project entitled Viscera. This series of prints documents the capacity of limestone (used as the printing plate for the stone lithography printmaking process) to undergo change and yet to still hold the history of mark-making within it’s chemical structure. I started with a single drawing on the stone, then transformed and added onto it, printing every step in the process and layering onto previous prints. My choice of marks also documents the varied discomforts within my body throughout the time I was working on the project. In a similar way to A Study of Action and Movement, both projects look to lithography as a both subject and a medium through which I can examine personal experiences.

In my art practice, I use the often repetitive physical process of printmaking, as well as drawing, video and performance to cope with the inevitable weight of personal history. Loss, within the context of my childhood as well as in present day experiences, frightens and compels me. My memories of growing up with sled dogs on a remote trap line in the Yukon wilderness have greatly informed my practice; the beauty, quietness and isolation of the place have always fed my profound attachment to our homestead and dogs, while also making change and duration an undeniable part of life. I use art making as a tool to orient myself within this overwhelming store of memory, experience and emotion while attempting to look to the present as a renewed source of meaning. This body of work draws from the intention to create that shift of focus. By using the time-consuming process of printmaking as a tool to disrupt and alter nostalgia, a new emotional context is given the space to develop in response to an experience.