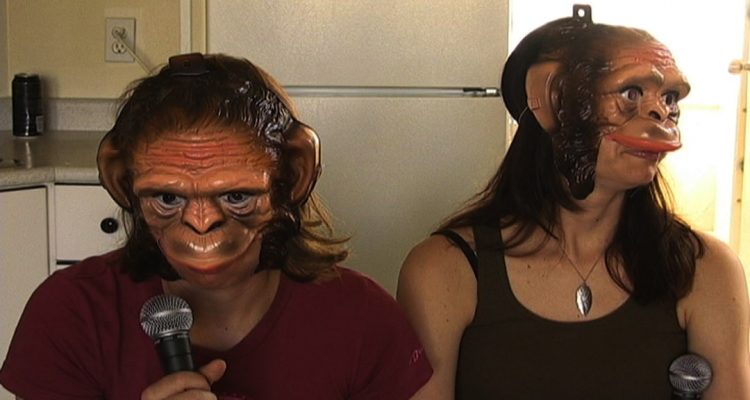 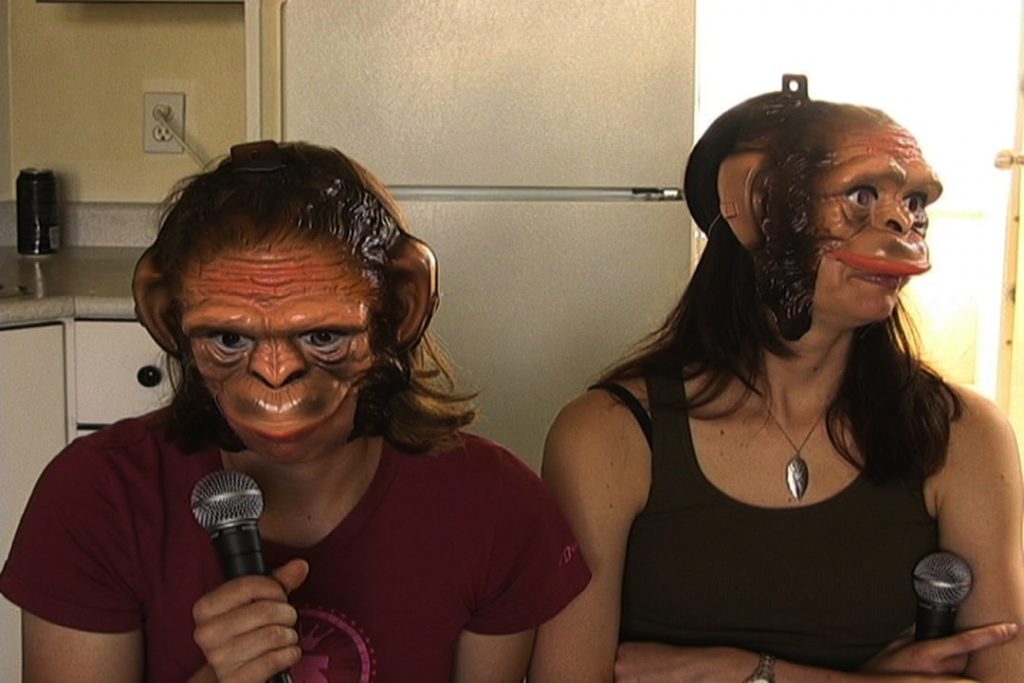 Isabelle Pauwels’ conceptual dramas unfold through an inter-genre play that incorporates ideas of reality TV, talks shows, and the documentary. Her works are grounded in personal experiences and family history, but evolve into something that interrupts the viewer’s expectations and critically engage both her subject matter and chosen media.

The Embellishers features the artist and her twin sister re-enacting a series of confrontations with neighbours in Vancouver’s Downtown Eastside over spare change, lighters, crack, stalking, and eviction. W.E.S.T.E.R.N. cuts between two sources of home movies: 8mm film shot by the artist’s grandfather during his tenure as an agronomist in the Belgian Congo, and contemporary video footage shot in her parents’ home in suburban Richmond, BC.