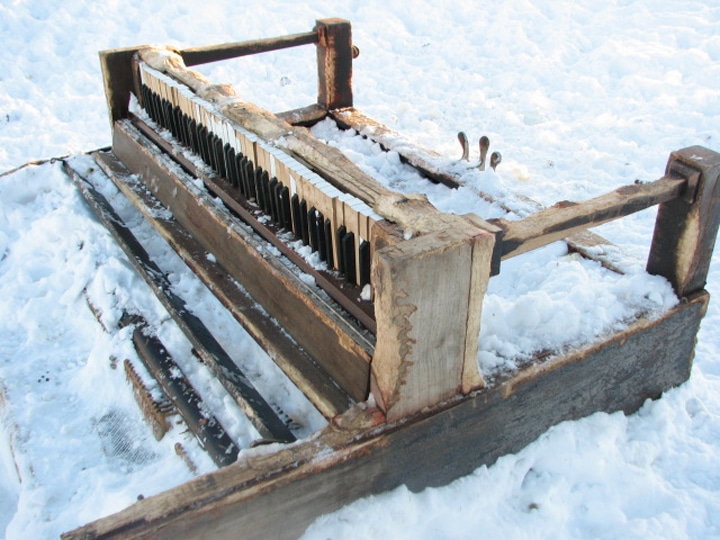 JASON DE HAAN is a multidisciplinary artist living and working in Calgary. His work has been shown in group exhibitions in Canada, the USA, Ireland, Mexico, Sweden and the UK. Past solo projects have been presented at Stride Gallery, Galerie Sans Nom, Lump Gallery/Projects, and at Museo Regional in Queretaro, Mexico. He has recently participated in the exhibition Sleepless Nights at Galleri Kling & Bang in Reykjavik, Iceland, presented THE END IS NEAR HERE IS NEAR THE END, a large scale public text work with Scott Rogers, at Nuit Blanche and presented solo exhibitions at Clint Roenisch Gallery and at Access Gallery as part of the Vancouver 2010 Cultural Olympiad program. Upcoming solo exhibitions include ODD Gallery and The Khyber ICA. In addition to participating in past residencies at the Klondike Institute for Art and Culture and The Banff Centre, Jason de Haan is a member of the collective UGIV and, with Scott Rogers, is co-director of Pocket Projects, an artist multiple commissioning project.

“My work concerns itself with connections between the poetic, metaphysical, conceptual and absurd, often manifesting itself as a combination of sculpture, installation, performance, drawing and bookworks. As an ongoing practice it strives to recognize the potential in various systems, materials and sets of conditions. Recent projects, including New Jerusalem and an ongoing series, Salt Beard, have continued these explorations into fi elds of temporal displacement and messianic longing. New Jerusalem takes its name from the biblical account of the ‘City of God’ descending from the heavens in the Book of Revelation and is a series of large-scale collages composed from the deconstructed book covers of several thousand 60s and 70s era pulp science fiction novels. By extracting both architectural and landscape details from these individual book covers and reconstructing them to form a fully integrated fl oating city/planet, the works ask not only about possible futures but also about sustainability, experimental architectures, socio-political conditions, and the power of imagining. The Salt Beard series, mineral growths deposited on the busts of a range of figures, are based partly on the story of Rip van Winkle — the Washington Irving character who fell asleep for twenty years. This project seeks to re-animate material, persona and style, allowing sculpture and representation to exist again as new, while simultaneously looking both forward and backward through time.” 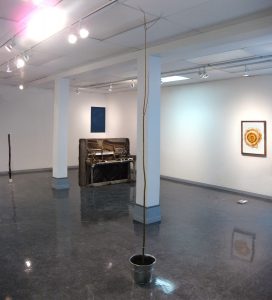