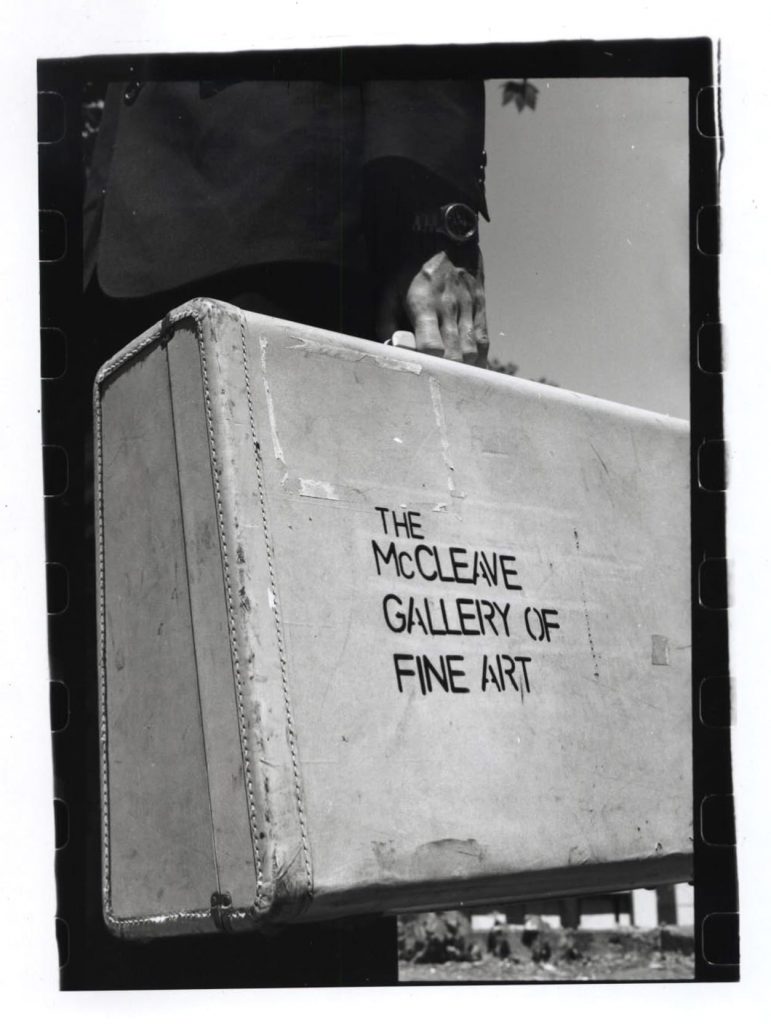 At the beginning of March, 2005,we packed a ten year old minivan with 1500 booklets, almost 200 t-shirts, and several miscellaneous suitcases, and embarked on the somewhat obtusely named McCleave Gallery of Fine Art Cross-Canada Suitcase Gallery Tour. Over the next four months, we spent a week in fourteen different cities across the country, gave curators’ talks in a handful more, and passed through countless rural and urban spaces. In every city where we stopped for a week, a local artist had created an installation in a suitcase, which we carried with us during business hours, displaying it to the public on a “by chance or appointment basis”. The suitcases that we accumulated across the country were displayed in a huge variety of settings, some of which were previously art-oriented, like artist-run centres and children’s art programs, and some of which were not, like a Vancouver law-firm, a bar in Lethbridge, or a Laundromat in Halifax. We now find ourselves in Dawson City, YT, with radically altered perceptions about contemporary Canadian art, and sixteen suitcases full of art which we have the challenge of presenting in a gallery setting in a way that respects the desire for innovative and anti-authoritarian curatorial practices that motivated the project.

– excerpted from the curators’ statement 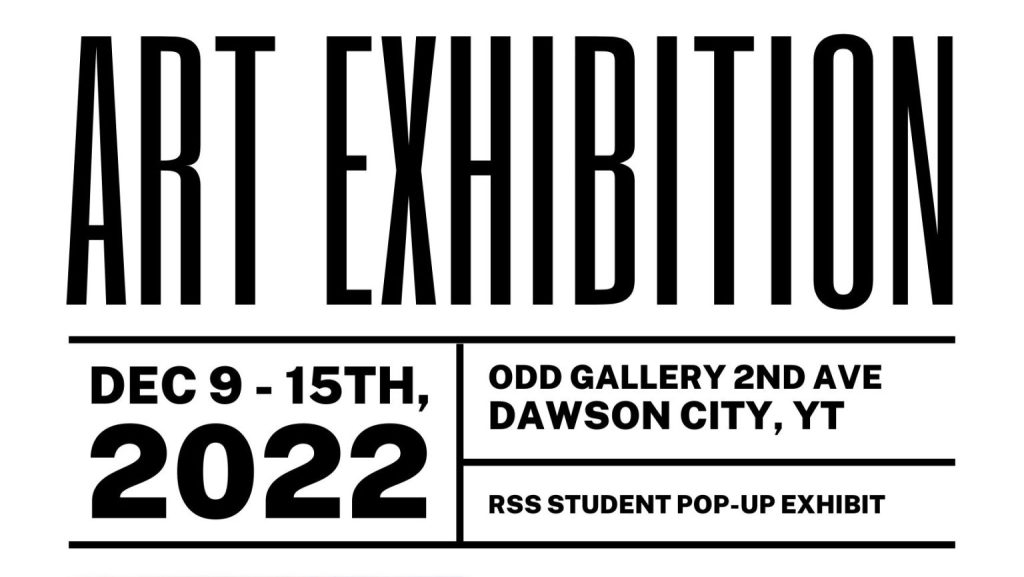