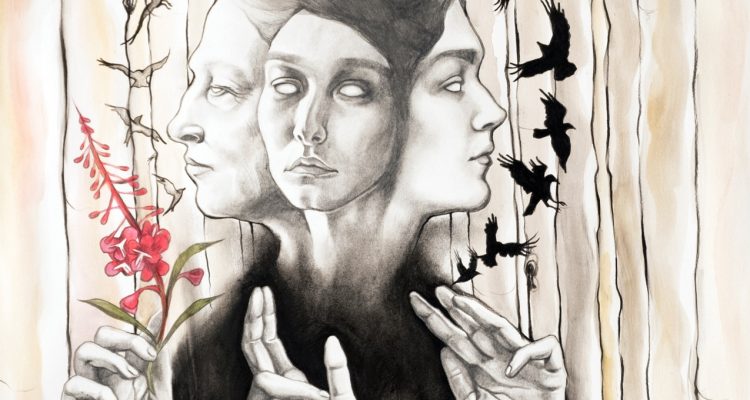 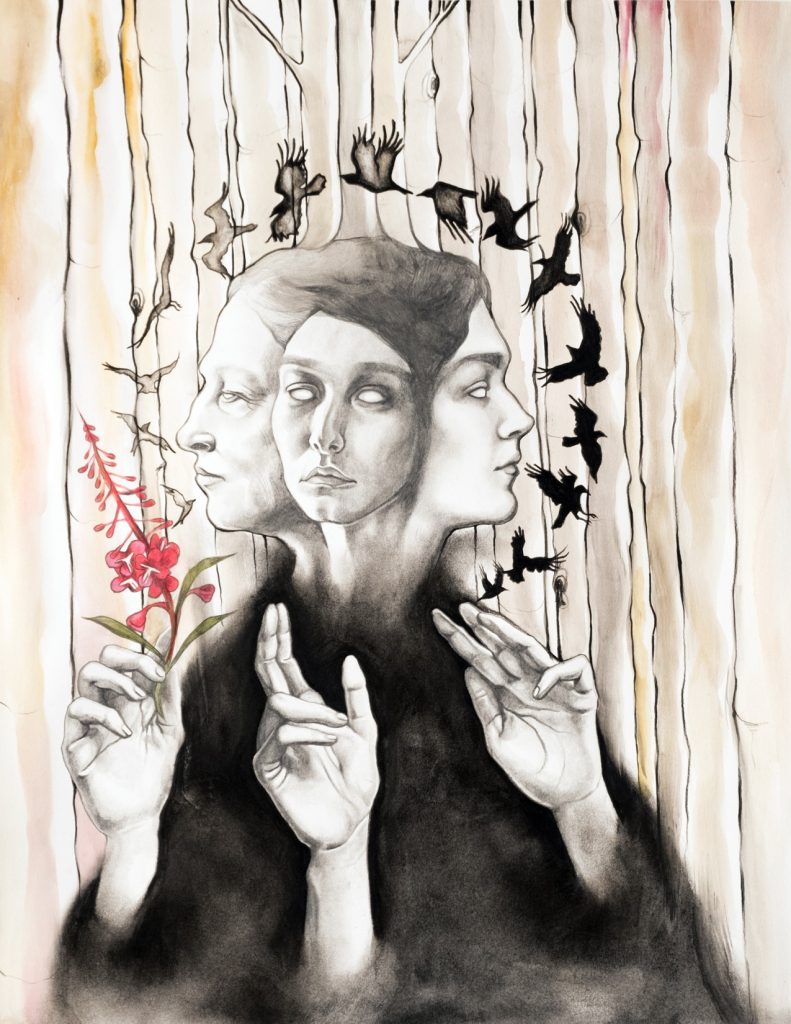 Rachael Siminovitch (Dawson City, YT) | BACKBONE
October 5 – November 4, 2017
Opening Thursday, October 5th at 7:30PM
The ODD Gallery is pleased to present an exhibition of brand new drawings by Dawson City artist Rachael Siminovitch.
After graduating from Emily Carr University of Art and Design in 2011, Rachael Siminovitch moved to The Yukon where Dawson City and the surrounding landscape has since become integral to her aesthetic. Originally an oil painter, her focus switched to a mixed-media blend of watercolour, pencil, pen, and charcoal. Working intuitively, Rachael’s practise focuses on developing a personal mythology based around life (and death) in the North.
If dreams are a method with which our brain processes experiences, then this body of work functions in a similar matter. Through an intuitive process, these mixed-media drawings are a personal response towards life in the Yukon. The repetitive use of ravens, fireweed, and bones combined with ghostly human figures strive to present an interpretation of the North that is vaguely symbolic.
– Rachael Siminovitch, 2017
Exhibition Brochure with text by elaine corden
Share on Facebook Share
Share on TwitterTweet
Send email Mail
Print Print