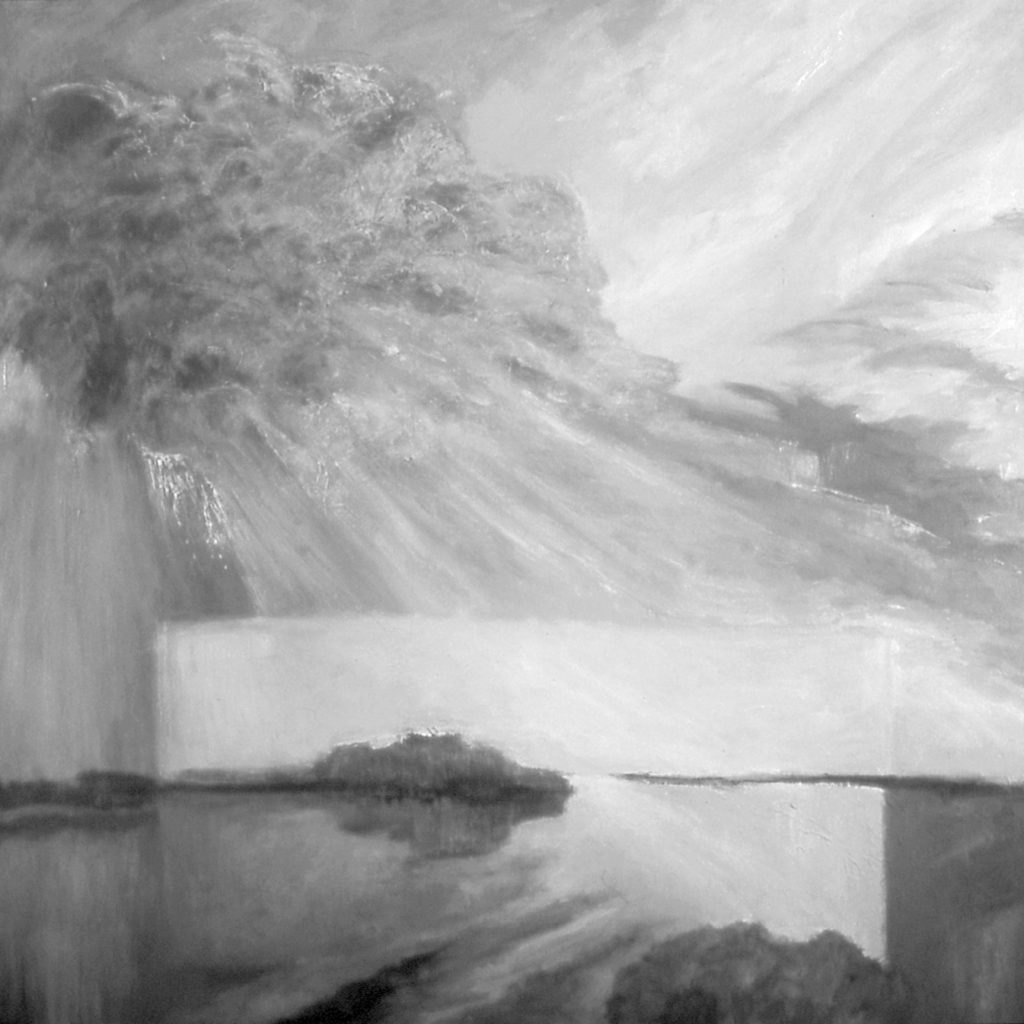 The Odd Gallery is pleased to present Gathering Strength, a solo exhibition of new paintings by Ava P. Christl.

“Just after noon on the summer solstice, June 21st, 2001, myself and ten other women, all living with the effects of breast cancer, embarked upon the first river race of what would become an annual event. An incredible – beautiful, challenging, moving, profound – 86 hours later, we landed at Dawson City, full of happy tears – exhausted, enriched, empowered, and proud.  The images in these paintings, made following that first river adventure and the one during the following year, speak to the experiences of the river race – a race, which was not just a race but rather a journey of water and light, a journey of healing and discovery.  The images speak to the experience of moving forward; physically as the water carried us downstream, and spiritually and emotionally as we gathered strength through all we endured. For me, the river also provided a way to get on with my life – to look back with reflection and to move forward with awareness, to live like a river – moving forward, gathering strength.”

– excerpted from the Artist’s Statement

Ava P. Christl holds a Bachelor of Fine Arts degree from Nova Scotia College of Art and Design, Halifax, Nova Scotia, 1986. Her paintings have been shown across northern and western Canada and are held in private and public collections nationwide, including the Permanent Collection of the Yukon Government and the Canada Council Art Bank. Ava has lived in northern Canada – NWT, Nunavut and Yukon – since 1978, working as a professional artist since 1987. Her work reflects a life lived in the north with a special interest in the land; in the way the land has been formed over millennia; in the structural architecture of the land; in the natural forces that change the face of the land; and in the way the land has