ūtszan (to make something better), Written and performed by Yvonne Wallace at Dänojà Zho Cultural Centre 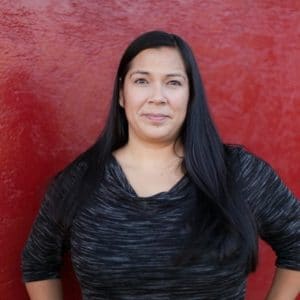 In her final days, Aunt Celia hatches a plan. She refuses to speak English anymore to her niece Margaret, only Ucwalmicwts from now on. This one-woman show unearths Indigenous knowledge, humour, strength and resilience through language reclamation. Margaret discovers that the tools she needs to speak her first language are all around her in the land, stories, and memories.

Yvonne Wallace is Ucwalmicw from the Lil’wat Nation, and a graduate from the Bachelor of Liberal Arts degree program at Capilano University.  Her enthusiasm for playwriting began while she worked at The Centre for Indigenous Theatre. Later, she graduated with honours from Humber College Theatre Acting program. She has written three plays – Smothered Sweetly, The Last Dance, and ūtszan, which premieres in Whistler, B.C. in September. She is currently writing 7 Misconceptions of a Half-Breed Mother, a tragicomedy about the public-school system.