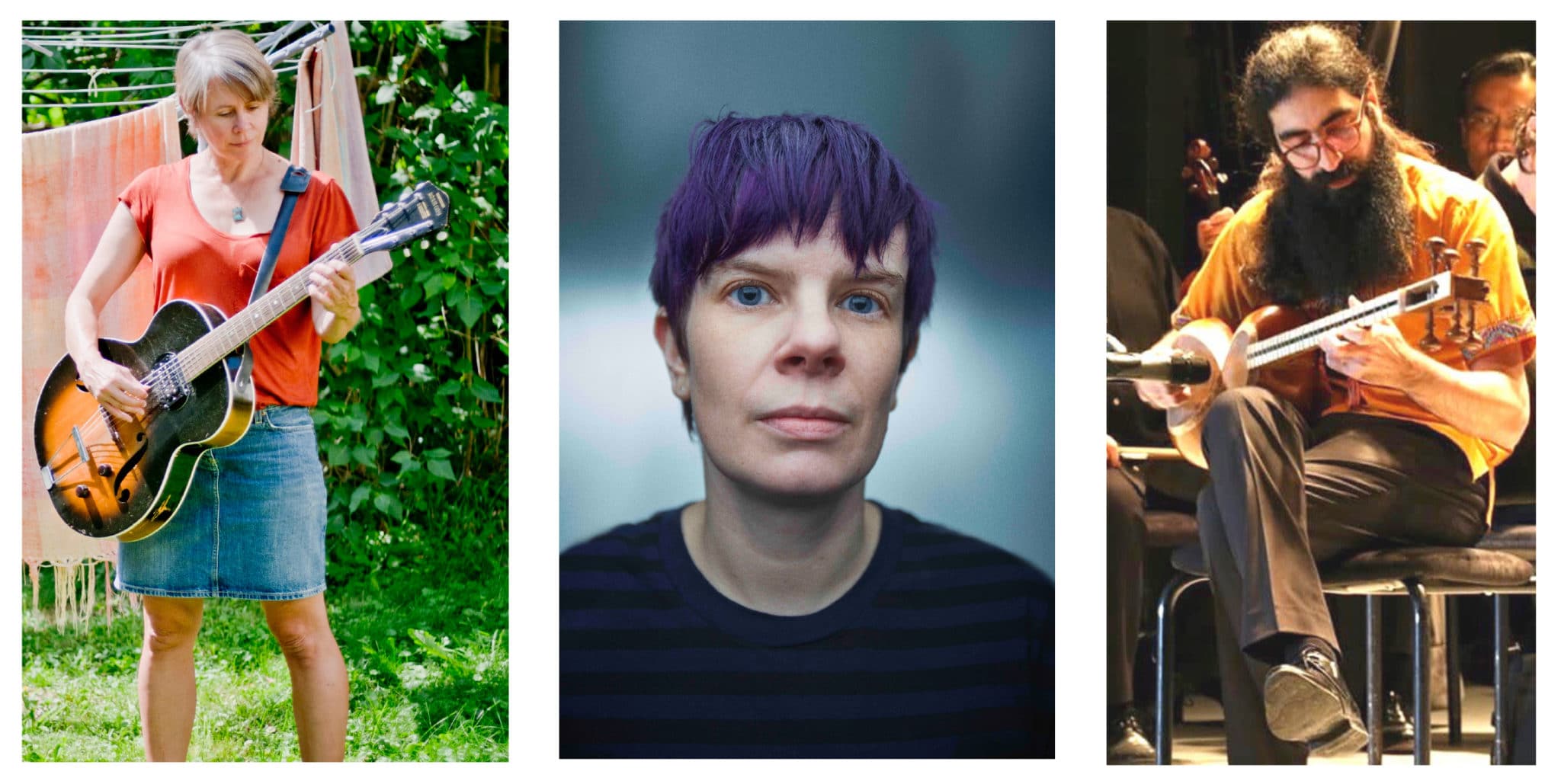 Rae Spoon and Kim Barlow are two seasoned musical non-conformists who have teamed up with newcomer Mohammad Sahraei for a Canada-wide tour in March 2020 that will take them from Yukon to Wakefield, Quebec. The eclectic trio performs arrangements of Kim’s and Rae’s songs for setar and banjo, guitar, keys, percussion and electronics. Kim and Mohammad have been finding the places where banjo and setar overlap, and joyfully meshing their musical worlds for the past year. These new versions of Kim & Rae’s indie pop songs, with traditional tunes peppered through the set, make for a live performance that is vibrant, diverse, and beautiful.

Rae Spoon is a nonbinary musician and author in Victoria BC. They have released ten solo albums and have toured across Canada and internationally. Rae owns and runs an indie record label called Coax Records that has released thirty-seven albums by Canadian and international artists. They have been nominated for two Polaris Prizes, a Lambda Literary Award and a Western Canadian Music Award.

Kim Barlow has relaunched her musical life in Nova Scotia after many years in the Yukon and a recent parenting hiatus.  Enduring and acclaimed writer of songs, skillful on guitar and clawhammer banjo, Barlow has recorded six albums of her own work and many collaborations. Her newest release, How To Let Go, was added to the Coax Record label in 2019.

Mohammad Sahraei and his family immigrated to Halifax from Iran in 2017. He is an ethnomusicologist and virtuoso on many traditional Persian instruments. On his arrival in NS he formed the Open Borders ensemble, a group of 30 international musicians, and they have performed all over the province, at the Halifax Jazz Festival, Obey Festival, Upstream, Multicultural Festival, Feast Festival, and Iranian and Indian Festivals. We are excited to bring his music to beautiful parts of Canada he has yet to discover.