Marisa Anderson Live at the Klondike Institute of Art & Culture 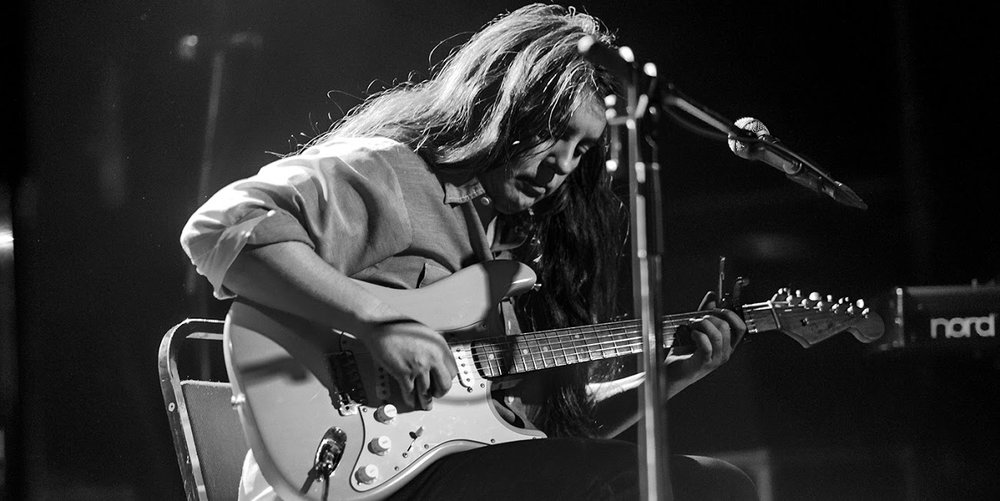 Marisa Anderson channels the history of the guitar and stretches the boundaries of tradition. Her deeply original work applies elements of minimalism, electronic music, drone and 20th century classical music to compositions based on blues, jazz and gospel and country music, re-imagining the landscape of American music. Onstage, she is a master storyteller, bringing warmth, wit and insight to her virtuosic compositions and arrangements.

Originally from Northern California, Anderson dropped out of college at age nineteen to walk across the US and eventually landed in Portland, Oregon, where she currently lives.

Classically trained, she honed her skills playing in country, jazz and circus bands. In 2011 she released her first solo guitar record, ‘The Golden Hour’ followed by ‘Mercury’ (2013) and ‘Into The Light’ (2016). She is in demand as a collaborator and composer, contributing to recent recordings by Beth Ditto, Sharon Van Etten and Circuit Des Yeux among others, as well as creating music for short films and soundtracks.

Anderson tours extensively throughout Europe and North America. Her work has been featured in Billboard, Rolling Stone, NPR, SPIN, Pitchfork and The Wire. Billboard magazine named ‘Into the Light’ one of the best records of 2016 and Pitchfork named Anderson’s 2015 split LP with Tashi Dorji one of the top experimental records of the year. Recent festival appearances include Le Guess Who, Moog Fest, Copenhagen Jazz Festival and the Winnipeg Folk Festival.

Founded in 2001, in a partnership with Parks Canada, the KIAC Artist in Residence Program has welcomed over 300 talented artists, musicians and filmmakers to Dawson City from all regions of Canada and around the world. Our alumni include Sobey Art Award nominees, Western Canada Music Award winners, and prize-winning filmmakers from film festivals across the globe.

Check out the current Artists in Residence

KIAC is proud to host an exciting roster of film screenings and film-related events throughout the year, such as the 48 Hour Film Challenge and Dawson City International Short Film Festival, numerous workshops, and other opportunities.

The ODD Gallery, located in the Dënäkär Zho / KIAC building, presents a wide array of outreach programming including artist talks, openings, lectures, screenings, youth programs and other special events. Gallery programming fosters professionalism and appreciation of regional visual arts practice, and provides the community with exposure and access to a diverse range of contemporary visual arts practices and theories in a remote, northern setting.

Check out the current exhibition

Learn more about the Confluence Gallery schedule and calls for submissions

Kids and Youth (toddler to teen) programming ranges from music lessons (vocals, piano) to dance class (ballet, hip hop, and more), to hands-on workshops (pottery, screen-printing, animation and more) and is offered regularly throughout the year. KIAC strives to subsidize Kids & Youth programs as much as possible via grants and funding. Programming ranges from free Drop-Ins to registered weekly programs.

Youth Art Enrichment is an annual four-day art program for Yukon youth hosted by the Klondike Institute of Art & Culture in Dawson City. Artistically-inclined youth ages 14 – 18 travel from across the Yukon to take part in intensive workshops led by professional artists. Students choose one of three mediums to study for the duration of the program, learning new skills, techniques, and ways to creatively make artwork for the world to see. The mediums change every year: we have offered printmaking, animation, painting, carving, stained glass, illustration, improv, and much more over the last two decades.